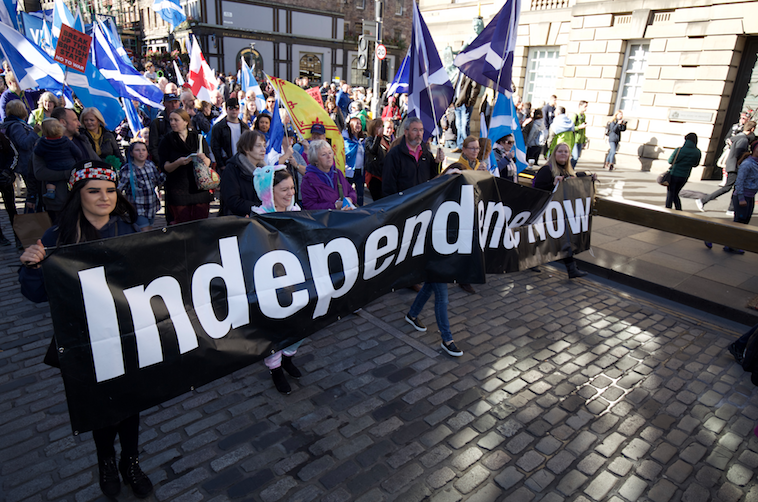 All Under One Banner is being supported by the scheme (pic: Terry Murden)

Crowdfunder UK, which has raised more than £55 million for community, business and social enterprise projects, has joined a government-backed initiative to launch programme in Scotland.

Crowdfund Scotland will provide coaching and support for projects in the nine participating Leader areas which are part-financed by the Scottish Government and the European Community through the European Agricultural Fund for Rural Development.

Projects are also connected with funding partners, including more than 25 local authorities, Santander, Virgin and M&S, who offer them grants and further support.

Among the projects already being promoted in Scotland are a series of marches planned by the All Under One Banner movement supporting Scottish independence.

Speaking about the Scottish programme, Rob Love, chief executive of Crowdfunder UK, stated:  “We are delighted to be launching Crowdfund Scotland with Scottish Leader.

“Crowdfunder’s mission is to tackle society’s challenges by making ideas happen. We look forward to helping some Scottish ideas that might just change the world.”

Crowdfunder UK’s existing partnerships in Scotland include Angus Council, Aberdeen Council, Ayrshire Leader, and Stirling Council. Crowdfund Scotland will launch early in 2019, although the coaching programme will start next month.