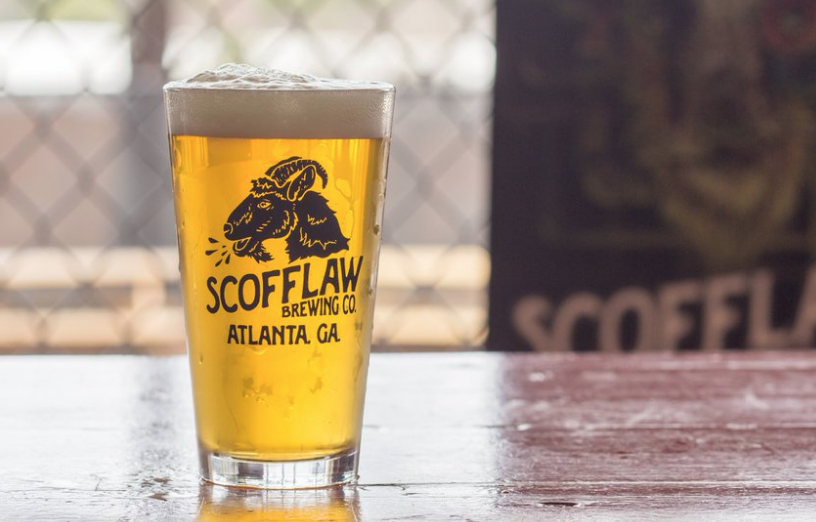 Scottish craft brewer BrewDog has cancelled a tie-up with a US beer maker after it offered free drinks to Donald Trump supporters.

The Aberdeenshire-based company had planned a series of events this weekend with Scofflaw which boasted of being a “redneck” brewer.

At first BrewDog went on Twitter to welcome the deal, but once it was made known that it was offering free beer on condition drinkers were Trump supporters BrewDog pulled out.

Its co-founder James Watt posted on Twitter: “The Scofflaw release was announced without our knowledge or consent.

“We are in no way aligned with their position and we will of course be cancelling all the events and sending all of the beer back.

“We care about beer and people. Not hate.”

Last year, BrewDog launched a protest beer against President Trump’s decision to withdraw the US from the Paris Agreement on climate change.

The Make Earth Great Again been featured on its label a polar bear fighting with a robot version of the American president. 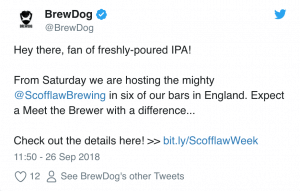 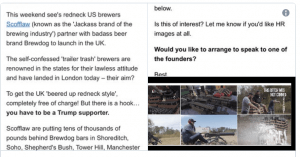 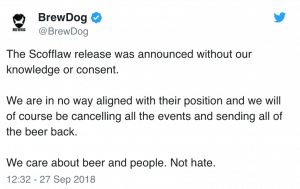