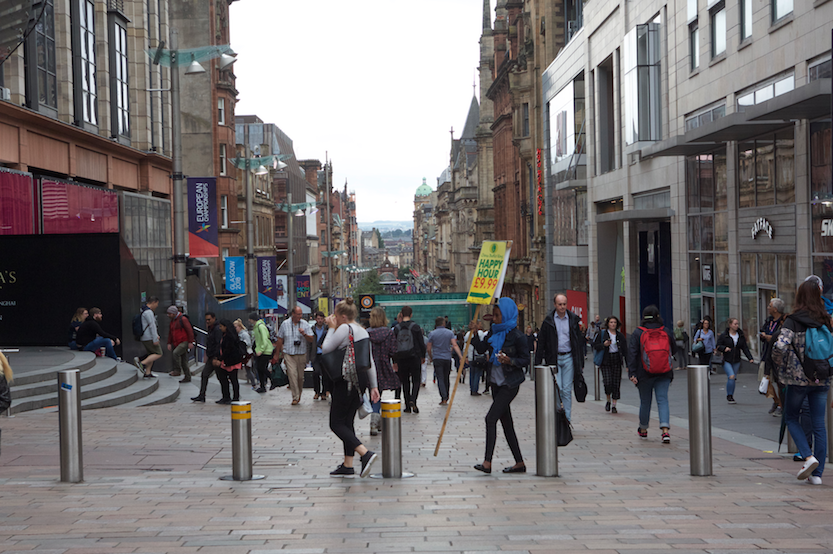 Privately-owned companies in Scotland last month enjoyed their biggest increase in output in four years, while shoppers returned to the high street to give retailers a lift.

Demand improved markedly among owner-managed businesses, driving up backlogs and encouraging further job hiring, according to the Royal Bank of Scotland PMI report.

Despite more upbeat market conditions, however, business confidence dipped to a seven-month low amid concerns over the ongoing Brexit process.

Warmer weather encouraged more shoppers to head to Scotland’s high streets as footfall grew in July by 0.5%, ending 14 months of consecutive decline, according to the Scottish Retail Consortium.

Footfall grew on the High Street by 1.8%, the largest increase since April last year.

Ewan MacDonald-Russell, SRC head of policy and external affairs at the SRC, said: Scotland’s shops finally saw customer footfall rise after over a year of decline. This welcome increase was driven by a jump in shoppers visiting the High Street and is a positive sign after a difficult winter.

“There was also a fall in the town centre vacancy rate; but regrettably Scottish town centres are still in a worse position than the UK average.

“Retailers will welcome the slight improvement…nonetheless, the structural challenges facing the industry remain.

“Consumers continue to choose to shop online, and it’s clear for many bricks and mortar retailers the best approach is to continue to invest in multi-channel operations.

“That process would be eased if Government, at both Holyrood and Westminster, would look to reduce the burdens currently hampering the industry.

“Growing the economy, minimising costs to consumers, and supporting retailers as they invest in skills and technology are all essential to allow the industry to transition in as sustainable a manner as possible.”