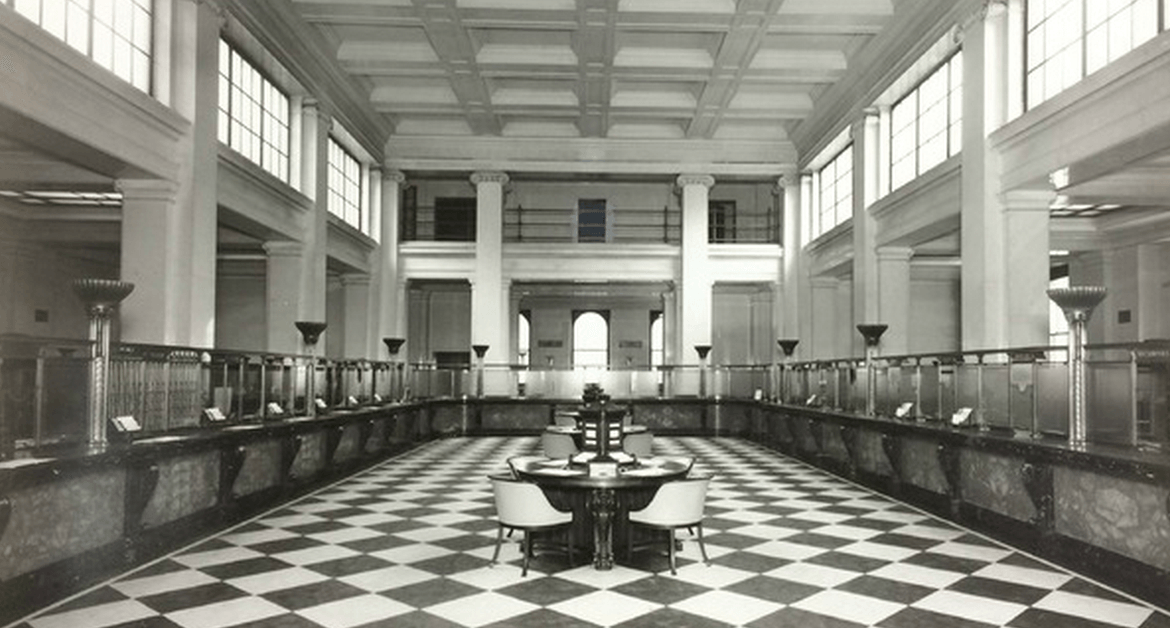 The original banking hall in its Art Deco glory

The transformation of the historic former headquarters of Royal Bank of Scotland into a luxury hotel will be unveiled on Friday with reputedly the most expensive bedroom in Edinburgh.

Chris Stewart Group has led the redevelopment of the building at the south east corner of St Andrew Square into the five-star Edinburgh Grand.

It was closed by RBS in 2007 and was left unused after being acquired by former Hearts owner Vladimir Romanov who planned to bring his own banking operation to the UK. 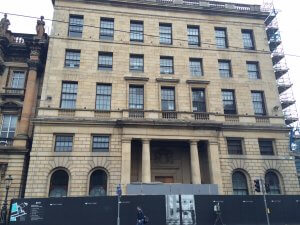 Now restored as part of a project costing an estimated £60m, it has 50 serviced apartments, together with restaurants and bars, built around the restored Art Deco banking hall. It was modelled on a US bank and built in 1942 to a design by architects Leslie Grahame Thomson and Arthur Davis.

The building forms part of the Registers development which includes a neighbouring new building that will accommodate offices and the recently announced Tattu Chinese restaurant..

Chris Stewart Group was behind the restoration of Advocates Close and Old Town Chambers in the Old Town as well as Baxters Place close to the Playhouse Theatre.