All change at transport group

O’Toole ousted as FirstGroup plunges to a loss 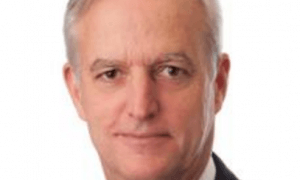 Tim O’Toole has been ousted as chief executive of transport group FirstGroup after the company plunged to a loss.

The bus and trains operator, which rejected two approaches from a private equity firm this year, said it was putting its Greyhound bus business in the US under review.

Mr O’Toole (pictured)  departs with immediate effect and is replaced by chairman Wolfhart Hauser until a successor is appointed.

Matthew Gregory will be appointed interim chief operating officer in addition to his responsibilities as chief financial officer.

The company reported a statutory loss before tax of £327m, and noted a non-cash impairment of Greyhound, and “onerous contract provision” on the TransPennine Express franchise.

Mr Hauser said: “On behalf of the board I would like to thank Tim for his distinguished leadership of the company since 2010.

During that time the Group has reinvested in its businesses, restored free cash generation and substantially strengthened its balance sheet. The group is now a more stable and resilient enterprise, with a growing ability to capitalise on its leading positions in diverse transport markets.”

Mr O’Toole said: “The time is right for me to step aside. Today’s results clear the way for the new approach sought by our Chairman and the Board. I should like to thank the 100,000 employees who work so hard to deliver for our customers every day. It has been a privilege to work with them.”

Linkedin
FirstGroup, Tim O'Toole News, Scotland, Transport, UK No Comments » Print this News
How to transform a bus into a business Previous News
Next News £90m City Deal unveiled for Stirling and Clackmannanshire