Let’s celebrate selling by Scotsmen on the make 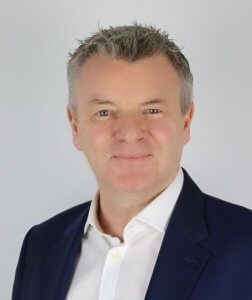 I recently shared a dram with Fraser Allan. He was extolling the virtues of the water of life. Hardly surprising as Fraser owns World Whisky Day (19th May) and is keen that everyone shouts about whisky all the time, raises a glass and posts it on his website to help to increase further the global success story that is our national drink.

What a great idea to have a special day for whisky, as its emotional pull is about our landscape and weather and history as much as it is about the splash in the bottom of a tumbler.

A dram takes the diaspora to a place when they reach into the sideboard on a Friday night in Toronto; have it long with ice and coke in short trousers down the beach bar in Melbourne; or suited off a silver tray in an air-conditioned hotel in Mumbai. Around the world Scots are transported, dewy eyed, to Speyside or Islay or Arran by this mercurial liquid.

At over £4 billion of exports a year whisky is a massive contributor to the exchequer. But products don’t sell themselves and as sure as the heavens will give us as much water as we need for our Amber Bead, Scotland needs to be ready to sell. Post-Brexit we will need to be better than ever.

Fancy marketing copy and terrific visuals are all very well but selling means seeing the whites of your prospect’s eyes by going to see them and connecting with them. Marketing is the nice packaging and sensual bottle, selling is more a more visceral emotional connection. Real. In your face. Selling is done face-to-face. It has a smell and a taste and an immediate effect.

Selling is harder than marketing and selling matters more. It always has. Selling was here before marketing was invented, probably by someone in a sharp suit with too much time on their hands. Selling is done by people who can persuade their prospects to open the bottle, not just look at the packaging; people who make the emotional connection; people who can make it rain.

Just as it takes the rain percolating through the hills and grain in the fields pushing through the earth and years of love and attention, selling takes time. Initiating, nurturing and deepening relationships is a long-term project.

Marketing is moving towards us all getting our own tailored preferences pinged to us before we even know what we want. Mr Wrigley once said you should find a great product and then tell the world. He did alright but it’s as certain as rain in Greenock that he would have known his sales team were still the most important show in town.

And it strikes me that we Scots need to go out and sell right now, because we have the marketing stuff nailed. Historically, we have been rather splendid at it, with quite a reputation. It is a while since JM Barrie said: “there are few more impressive sights than a Scotsman on the make”. When I heard the export numbers I never envisioned the fancy ads.

I thought of the salesman staying up late somewhere noisy when he would rather be in bed; or a few brave souls eating something exotic they would rather not; or the saleswoman packing another case to get somewhere far flung by the next morning, with another four stops before returning home to unpack, sort her expenses, pack, and do it all again; or the team back at the ranch calling and prospecting, getting knocked down, then doing it all again.

These are the frontiers-people who get the deals over the line. It’s not as slick and smooth and polished as marketing, but Rainmaking is the very essence of businesses, as surely as the peat under our hills is to a single malt.

I wonder if all of us could bring about step change by changing the weather in Scotland. We could stop obsessing about whether a baby should go in a box and concentrate on making more of the rain that grows businesses. Scotland in the past was legendary for its citizens going out and getting busy. The world is changing and what nags away like a sore molar- cotton wool and whisky will sort that for you- is our attitude to it all.

It pains me to think that some might read the line “Scotsman on the make” and think it negative. One of my favourite mantras is “sales solve everything”, if only because sales invoices pay for everything else. I wonder if we could collectively up our game, sharpen our focus and our elbows and focus on getting the entire nation selling Scotland from dawn until dusk. That is where you open – and then close – the door that marketing merely found for you.

Increasingly, I wonder where our sales people are. Answers on a postcard. I like to imagine that, at every level of government and business, we had Rainmakers. People who went out there and, like Barrie’s Scotsman on the make, went the extra mile, never suffered from the Scottish cringe, knew what they wanted and punched above their weight.

Maybe reached above their height.

Imagine every single Scot changed their attitude and simply decided to go for it. To be more positive. To take personal responsibility for all their own shit and went out with a view to selling Scotland every day.

I can hear the moaning already. Well, for all the miserablists lining up their excuses read Jungle Safari, where Loki concludes that, despite his difficult upbringing and lack of life chances, he is not waiting for anyone before he starts to sort his shit out. He decided to take responsibility and see where it took him.

Far enough is the answer; and further than he ever thought possible.

Government, as Loki attests, can shift things along and should get on with setting a fair wind for business. But we can’t wait for that, so what about your personal strategy?

When was the last time you did a selling job for your country?

When did you last evangelise about something from your own land?

When did you last hear yourself say it was so cool that was a Scottish business doing stuff?

Imagine all of us, everywhere, every single day, raised a glass to Scotland, shouted from the rooftops and enjoyed the ride.

Imagine we were all Scotsmen and women on the make. We could make the baby boxes from whatever we fancied.

I’m buying the first round, are you in?

Linkedin
Kissing with Confidence, Russell Wardrop, sales and marketing News, Careers & Management, Scotland No Comments » Print this News
Harry and Meghan to be known as the Duke and Duchess of Sussex, Harry also to be Earl of Dumbarton Previous News
Next News RBS provides £30m boost for retail fund