£7,700 dram revealed to be fake Macallan 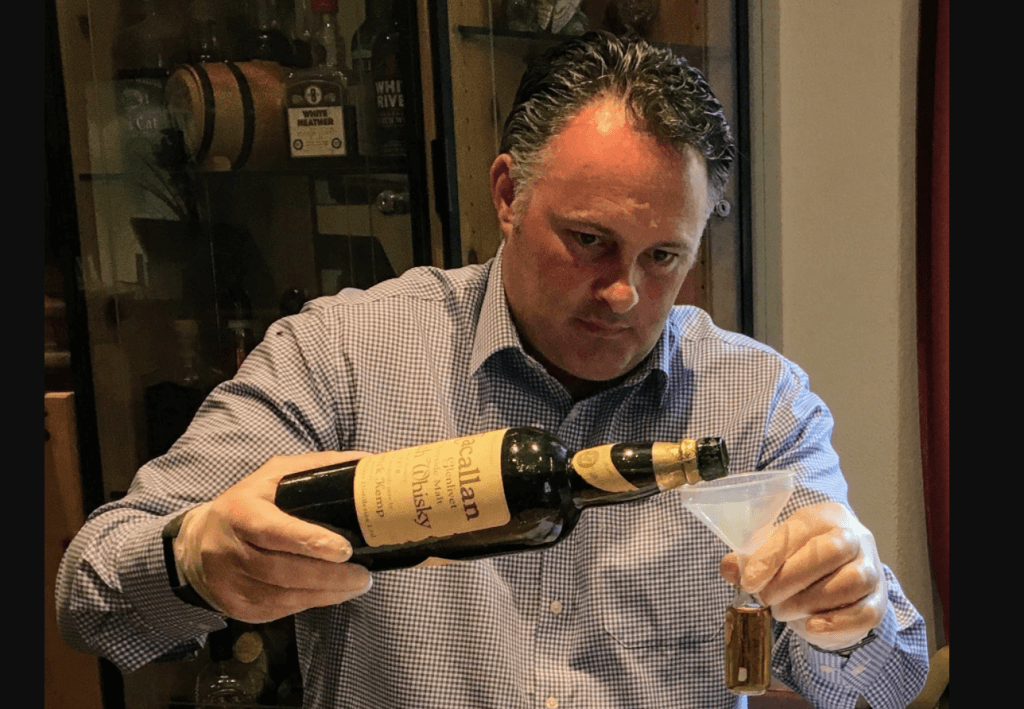 One of the world’s only known bottles of Macallan 1878 still in circulation has been officially exposed as a fake.

The Waldhaus Hotel Am See in St Moritz hit the headlines earlier this summer after a Chinese customer paid 9,999 Swiss Francs (£7,700) for a glass of the rare Scotch whisky.

Following a series of investigative and forensic tests carried out by RW101, the whisky has been shown to date back no further than 1970, deeming it almost worthless as a collector’s item.

Sandro Bernasconi, the hotel manager, has flown to Asia to refund the paying customer in full.

He said: “When it comes to selling our customers some of the world’s rarest and oldest whiskies, we felt it was our duty to ensure that our stock is 100% authentic and the real deal.

“That’s why we called in RW101. The result has been a big shock to the system, and we are delighted to have repaid our customer in full as a gesture of goodwill.”

RW101 was called in by the hotel owner following publicity surrounding the sale of the dram. The eye-watering price paid for a drop of this seemingly rare vintage caused a stir among a number of experts within the whisky industry who have questioned its authenticity and asked for clarity on what exactly the bottle contains.

A sample of the Macallan 1878 was subsequently collected by the team at RW101, and flown back to the UK for a series of forensic tests and analysis to determine, as best as modern science allows, the precise composition of the liquid.

Firstly, and most critically, the liquid was subjected to carbon dating at the University of Oxford to verify the year of distillation.

The conclusion from Rare Whisky 101’s investigation is that the whisky is a modern fake.

Results from University of Oxford’s Research Laboratory for Archaeology and The History of Art suggested a 95% probability that the liquid was created between 1970 and 1972. Subsequent laboratory tests carried out by Tatlock and Thomson (providers of scientific services to the wine and spirits industry) showed the sprit was most likely a blended scotch comprised of 60% Malt and 40% Grain.

Ken Grier from The Macallan brand owner, Edrington, commented: “We take this very seriously. We praise the work that our partners, RW101, are doing to bring awareness of any fraud to light. We would urge consumers to buy from reputable sources at all times.”

RW101 co-founder David Robertson said: “The Waldhaus team have done exactly the right thing by trying to authenticate this whisky.

“Over the past year, we have been invited by numerous bottle owners and auction houses to assess suspicious bottles. Indeed, we’ve noticed an increasing number of old, rare archive or antique bottles coming to market at auction, and it’s difficult to know how prevalent this problem is.”

The revelations come amid new warnings to Christmas shoppers to be wary of fake goods being sold online.

More than 14,000 websites are peddling cheap imitation goods according to a report from the European Union Intellectual Property Office (EUIPO).

Of these suspect sites 73% specialised in fake shoes – amounting to more than 10,300 sellers – while a fifth sold counterfeit clothes.

Making up much of the remainder of the suspected fake goods were bags, eyewear, jewellery, mobile devices and watches.

IP firm Marks & Clerk is warning online shoppers to be vigilant  during the Christmas shopping rush as both suspect sellers and the forgeries they peddle are becoming harder to identify, while counterfeiters are getting smarter, using brands’ recognised marketing images to boost credibility.

A partner at Marks & Clerk’s Edinburgh office, Campbell Newell, says his clients are seeing counterfeiters of their products deploying digital marketing technology such as social media channels, scam emails and mobile apps in a bid to foster consumer confidence.

The Patent and Trade Mark attorney says many fake products are becoming so sophisticated that even the brands themselves are often unable to tell the difference – with Christmas shoppers at particular risk when browsing online for a festive bargain.

He said: “Christmas shoppers are advised to check and double check a website’s authenticity before entering payment details. If you can’t see an address for the business or only a PO Box is given, then be wary.

“If you are unsure of a website, use payment methods that will refund you in the event of a product turning out to be fake or not arriving. Also, ensure the website address begins with ‘https’ which indicates a secure payment portal.

“Ultimately, the old adage will likely be correct – if a deal seems too good to be true, then it probably is, and you and your loved ones may be left disappointed.”

He said many companies are unaware that their products are being copied and sold online, hitting their own profits.

Of the 14,182 suspected sites, over 41% were hosted at IP addresses in Europe, with 26% hosted in Asia, and 21% in North America while 71% were connected to a domain name that had previously been used for a different purpose, allowing counterfeiters to exploit trusted names in some instances.