Cara Heaney operates in People Advisory Services and leads the global mobility practice across Scotland and the North of England.

Mike Timmins works in the Transaction Advisory Services (TAS) team. He is responsible for growing the corporate finance practice in Scotland, working alongside Ally Scott, EY’s head of TAS north of the border.

Their promotions bring the total number of Scotland-based partners in the firm to 34.

Mark Harvey, EY’s senior partner, Scotland, said: “Welcoming these new equity partners to Scotland is testament to the continued investment we are making in our employees.

“To deliver the very best we need talent with the right diversity, and I am particularly proud that Cara’s appointment brings our proportion of women in our partnership in Scotland to the highest on record at 32%. This marks a continued focus on increasing our female leadership in Scotland.”

In the last three years, EY has welcomed 12 new partners to its Scotland partnership, seven of whom have been women (58%).

EY has appointed 63 equity partners to its UK business, including 34 internally promoted partners and 29 direct entry partners from its competitors and industry. It appointed 62 last year. 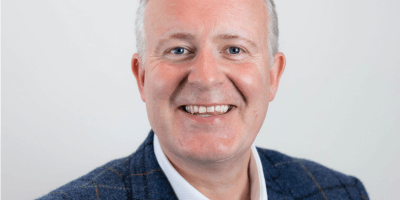 Ceres Holographics, a pioneer in the use of holographic technology for displays in vehicles andRead More