Commitment to south of Scotland 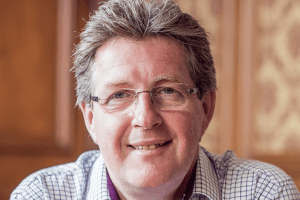 Buccleuch said it remained committed to economic development in the south of Scotland as parent company MDS Estates revealed a loss for the year because of “accounting revaluations.”

John Glen, Buccleuch chief executive said: “We have continued to implement a robust business strategy and remain wholly committed to achieving our ambitions in the energy, hospitality and commercial property sectors.

“In particular, Buccleuch is contributing to economic development in the South of Scotland and this is a priority area of activity.”

MDS Estates reported a loss of £592,000 against an underlying profit of £200,000 in the previous year calculated on the same basis.

Mr Glen added: “Trading in our traditional areas of agriculture, forestry, rural property and heritage tourism has been challenging during the reporting period and, as expected, capital growth in the commercial property market slowed following a particularly strong progression the previous year.

“In contrast, our plan to create a major energy park at Glenmuckloch in Dumfries and Galloway continues to progress and planning consent was granted for an industrial-scale pumped hydro storage scheme up to 400MW.

“This followed the consent for 26MW of wind power on the same site last year. We hope to progress this and other renewable energy projects in coming years.”

Buccleuch completed the £8.9m investment in the development of the stableyard and park at Dalkeith, creating a high-end retail and food destination together with a major children’s play attraction on the outskirts of Edinburgh.

The project, combined with the development which has attracted more than 100,000 visitors since completion and has created 40 jobs in the local area.

In the commercial property sector, Buccleuch maintained profitability across its portfolio. During the forthcoming year, it plans to accelerate its re-investment strategy through existing and new joint ventures.