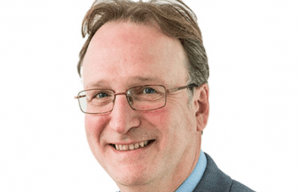 Richard Masters replaces Crawford Beveridge who is stepping down at the forthcoming Annual General Meeting.

Mr Masters has more than 30 years’ experience in the legal profession and was managing partner with McGrigors until April 2012 when it merged with Pinsent Masons.

After the merger and until June 2015 he was head of client operations for Pinsent Masons, which was a main board executive position, and then held a non-executive role through to May 2016.

Since last June he has been executive chairman of Complete Electronic Risk Compliance (Cerico), a Pinsent Masons subsidiary.

Ian Ritchie, Iomart chairman stated: “I am confident that Richard’s background and experience will be an invaluable asset and support to the company over the coming years as we progress our growth strategy.

“On behalf of the Board I would like to thank Crawford for his service to the Company over the past six years and we wish him well in his future endeavours.”

Mr Masters is 52 and his current directorships are: