May challenges Labour as party of working class 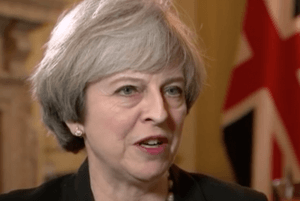 Theresa May has made further moves to position the Conservatives as the party for the working classes by promising an unprecedented expansion of employees’ rights.

Mrs May’s plans will be the most radical of any Conservative Government in history as she seeks to make inroads into Labour’s strongholds.

Her pledges include a guarantee that workers will not lose any of the protections they enjoy under EU law after Brexit.

She will commit the party to raising wages in line with earnings, giving workers greater representation on company boards and ensuring that employees receive the same level information about their company’s future as shareholders.

There will be a plans for “returnships” to give extra training for mothers returning to work after maternity leave and staff will also be given a statutory right to take time off for training.

There will be a legal entitlement to take time off work to care for relatives, new rights for the self-employed and temporary employees in the “gig economy”,  and introduce a statutory right to two-weeks of paid child bereavement leave.

Unveiling the Conservatives’ election pledges, the Prime Minister will stress that her workers’ commitments support her pledge to protect the rights of the working people in the Brexit negotiations.

Furthermore, they will be seen as a deliberate attempt to undermine the Labour party by luring those who feel unsure about Jeremy Corbyn’s leadership.

Mrs May will say: “I said I would use Brexit to extend the protections and rights that workers enjoy, and our manifesto will deliver exactly that. Our plans, backed up with strong and stable leadership, will be the greatest expansion in workers’ rights by any Conservative Government in history.

“By working with business, reducing taxes and dealing with the deficit we have delivered steady improvements to the economic prospects of working people. Now is the time to lock in that economic growth and ensure the proceeds are spread to everyone in our country.

“There is only one leader at this election who will put rights and opportunities for ordinary working families first. The choice next month is clear: economic stability and a better deal for workers under my Conservative team, or chaos under Jeremy Corbyn, whose nonsensical policies would trash the economy and destroy jobs.”

The battle for workers’ rights has now emerged as a key election battle with Mr Corbyn already committing his party to restore trade union rights and raise the national minimum wage to £10 an hour.

Trade unionists remained sceptical of Mrs May’s pledges. Tim Roache, GMB General Secretary, said: “I’m sure there will be plenty of fanfare that the Conservatives want to try and be nice to workers, but the ‘greatest extension of workers rights by a Tory Government’ frankly wouldn’t be that hard to achieve given recent history.

“GMB members will believe it when they see it.

“Want to improve the lot of working Britain? End the public sector pay pinch that is seeing thousands of front line workers struggle.

“Give workers equal rights from the day they start work and end the wide scale abuse of agency contracts by companies who use insecure work as a business model.

“Commit to a real living wage that people can live on without claiming benefits – all of which Labour has pledged to do. And let’s not forget, a lot of the problems working people face day in, day out were caused by Tory austerity policies in the first place.

“Of course bereavement leave for parents and investment in retraining are welcome, but on their own they fall far short of what GMB members are crying out for.

“We need to fundamentally rethink whether our workplace rights are fit for the 21st century.”