Homes along the Edinburgh Tram corridor have seen a sharp rise in prices, according to research by the Bank of Scotland.

The service, running from the centre of Edinburgh to the airport, serves 15 locations. The largest rise in house prices was in the postal area of EH11 which includes Balgreen, Bankhead, Edinburgh Park Station and Saughton stops.

Elsewhere, house price growth has been slower. In the EH12 postal area the average house price has grown 1% to £230,867; this area includes the stops Murrayfield Stadium, Haymarket, Edinburgh Park Central and Edinburgh Airport.

The data appears to confirm arguments at the outset of the project that the tram would boost not only house prices, but also commercial property and and that it would prove catalyst for incoming investment.

Graham Blair, mortgage director at Bank of Scotland, commented: “A modern transport system is potentially a great catalyst to urban regeneration and can be a game changer for cities investing in improved links.

“An excellent tram system can stimulate inward investment for the local economy, unlock previously hard to reach sites for development and make it easier for people to move around the city.

“These are important factors for the housing market, and we can see that these routes have helped boost increases in property values.” 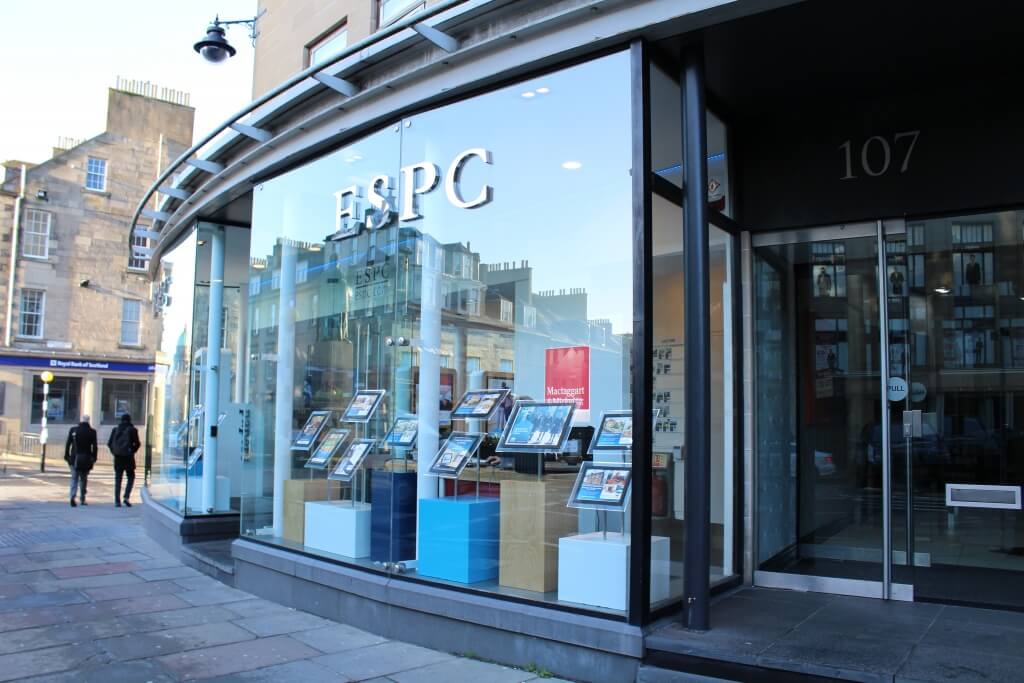 The average selling price in east central Scotland between February and April of this year has increased by 3.3% when compared with the same period last year, according to data from ESPC

The property market in east central Scotland has experienced an 11.4% decrease in the number of homes available for sale between February to April 2017.

This spring has seen more of a reduction in properties available for sale than in previous years. A shortage of properties, combined with a continued demand from buyers, is resulting in those properties available selling very quickly and achieving a higher selling price, particularly in central Edinburgh and other desirable areas.

Some 85.6% of properties listed between February and April 2017 were marketed as ‘offers over’, compared with 77.8% in 2016, which indicates just how confident solicitor estate agents, and their clients, are in achieving over the Home Report value, according to the agent.

“While the number of homes sold in east central Scotland between February and April of 2017 decreased by 9.1% annually, this is not due to a lack of demand from buyers, but can be attributed to the shortage of properties coming to market.”

The types of property showing the largest year-on-year increases in average selling prices between February and April 2017 are two bedroom flats in the Bellevue, Hillside and Broughton (23.2% increase), three bedroom houses in South Queensferry and Dalmeny (16.3%) and one bedroom flats in the Leith Walk area (11.8%). Overall, average selling prices in Edinburgh city centre have increased by 9.2%.

ESPC’s business analyst Maria Botha-Lopez said: “We are continuing to experience a seller’s market which is largely due to the number of properties that are coming to market.

“Many potential sellers won’t market their property until they find a suitable property to buy, and the higher rate of Land and Building Transaction Tax is also having an impact on those who want to move up the property ladder, according to our solicitors.

“ESPC member firms are reporting an increase in buyer enquiries in the first quarter of the year.

“However buyers are finding it difficult to secure a property due to the availability and affordability as a result of being outbid, particularly at the lower, first time buyer end of the market.

“Central Edinburgh is proving to be particularly competitive, as buyer demand is outstripping stock availability. It is clearly a good time for sellers to bring their property to market as they are likely to achieve over the asking price and to sell quickly.”