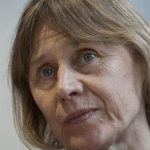 The Institute of Chartered Accountants of Scotland (ICAS) has recruited Dame Lin Homer, former chief executive of HMRC, to its council as a public interest member.

Dame Lin, who will join the council on 28 April, will be responsible with other members for upholding the integrity and standing of the chartered accountancy profession.

The move follows the appointment of former deputy first minister and Advocate General Lord Wallace of Tankerness to its regulation board, and former Lord Advocate Dame Elish Angiolini as chairman of its discipline board.