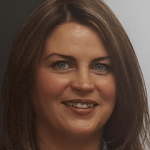 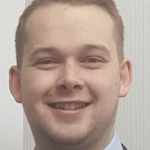 Mary McGoldrick began her professional career with Lanarkshire Valuation Joint Board where she was involved in maintaining the Valuation Roll and Council Tax List as well as negotiating business rate appeals and appearing as an expert witness.

In 2015 she moved into the private sector with Christie & Co, where she focused on the valuation of specialist trade related properties including hotels, pubs, restaurants, healthcare and medical businesses.

Alister Gibson, who will specialise in commercial agency, joins from the national capital markets department at Colliers International.

Alan Gordon, principal commercial partner, said: “Our West commercial team continues to go from strength to strength and we are reinforcing our success by appointing Mary and Alister to their respective roles.

“Both have wide experience of the markets in which we are seeking to expand and we anticipate an outstanding contribution from each of them over the coming years.”