No new bills in parliament Nicola Sturgeon has been accused of a lack of action by failing to introduce a single piece of legislation for the past six months.

Scottish Tories have produced analysis showing that in the 2007-11 parliament, the SNP Government had introduced three bills by now and in the 2011-16 parliament, it had brought forward four.

The last time the SNP Government introduced a new bill to the Parliament was more than a year ago.

The SNP set out its priorities last week when it published its only major piece of legislation so far – a consultation on a draft Referendum Bill.

In September’s Programme for Government the SNP set out 14 bills for introduction in this year, meaning that they will all have to be rushed into the parliament before April, say the Tories.

Conservative deputy chief whip Maurice Golden said: “Even by the SNP’s own standards, it is a woeful start to a new administration. It is a clear hallmark of a Government that has run out of ideas.

“The First Minister is twiddling her thumbs and focusing all her attention on a referendum on independence that the majority don’t want.

“The SNP desperately need to start getting on with the day job of governing Scotland rather than continuing to campaign for an unpopular and divisive second referendum.”

> Scotland could become the official successor state to the UK within the European Union under plans to be unveiled in the coming weeks.

There will be an alternative option for Scotland to remain within the EU – not just as an independent nation but as the UK’s successor state – if the UK fails to negotiate a Scottish Brexit deal.

Professor John Curtice, of Strathclyde University, said Scotland could swap places with Britain in the EU if there was a vote for independence in a second referendum.

He said it was “difficult to deny” that the EU would have the “option” of handing Scotland the UK’s seat in the EU after Brexit under those circumstances.

Curtice based his claim on the UK’s Foreign Office paper ahead of the 2014 referendum that stated an independent Scotland would not inherit EU membership because the UK was the recognised member state.

He said: “Clearly it would depend how the EU decided to interpret that. There would be a choice facing the EU. It could decide to treat Scotland, which is already part of the EU, as the successor state.

“The point the Foreign Office paper argued was that an independent Scotland would not inherit EU membership as that membership was the UK’s. But if the rest of the UK wants to get out of the EU, a decision could be made in regard to Scotland being the continuing state.”

The Conservatives’ research on Government legislation

The last time the Parliament debated a member’s bill was on 1 March 2016, it has sat on 45 days since then. This was Sandra White’s Footway and Parking Bill (The Scottish Parliament, Footway Parking and Double Parking (Scotland) Bill, link).

Ms Sturgeon said that education would be her Government’s ‘defining mission’.  ‘The defining mission of this government will be education.’ (Nicola Sturgeon Priorities Speech, 25 May 2016, link). 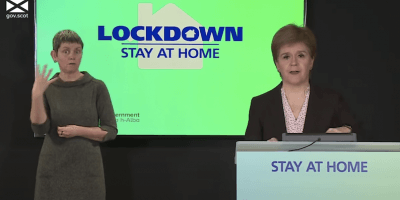