It will entail site preparation works, including ground and infrastructure works, as well as building the arena and conference centre and one of the three on-site hotels.

The conference centre will provide four times the exhibition space available at the current AECC, and increase the maximum capacity to 12,500 in the arena.

The new facility is a key element of Aberdeen City Council’s Strategic Infrastructure Plan to grow the city’s economy.

Robertson was appointed further to a competitive tendering process and will work closely with Henry Boot Developments and Aberdeen City Council to create the new world-class facility for Aberdeen and the North East.

During the construction period, starting this month until completion in 2019, 600 jobs will be created, including a number of apprenticeships.

Aberdeen City Council leader Jenny Laing said: “Following on from the sod-cutting last month, it is great to see the new AECC progressing as it’s a key part of the one of the biggest regenerations in the history of Aberdeen.

“Work on the site should really advance now that a contractor has been appointed and it will be exciting to see the development take shape over the coming months.

“The new AECC is a vital part of ensuring Aberdeen can compete on a global basis with other major cities and also for its future prosperity as it will attract bigger names in entertainment, as well as more international events and conferences.”

The new AECC is expected to contribute an additional 4.5 million visitors, £113 million of visitor spend and £63m net GVA to the Scottish economy.

It will also result in the creation of 352 full-time-equivalent permanent positions by year 10 of operations. 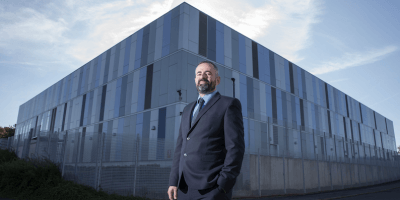