Comedians having a laugh with Tennent’s A group of up and coming comedians have been brought together by Tennent’s to create a series of promotional sketches.

Based around the fictional town of Wellpark, named after the Tennent’s brewery in Glasgow, they are being released on social media and on television and at cinema screenings.

The unusual collaboration between the brewer and a group of writers, directors and animators has resulted in a collection of snappy animated sketches, each between 30 and 60 seconds.

They are intended to present a slightly surreal take on everyday life in Scotland and involve an imaginary world filled with characters, incuding Bobby and Paul, two pals in the pub who ponder questions such as ‘How many is Umpteen?’

There is a talking guide dog who revels in his ‘free pass’ to go wherever he likes, and a secret society who get together under the cloak of darkness to learn how to be the perfect Scottish mum.

Over the summer, new sketches will be written and released constantly by the collective. More than 30 sketches are being produced by the group, around a third of which are being specially written to react to events in the real world.

The unusual approach, combined with its animated style, means sketches can be created from start-to-finish in less than 48-hours. The full collection of Wellpark will be available to watch online with some sketches also being shown on television and in cinema.

Jordan McKenna of Tennent’s Lager said: “We wanted to develop something ambitious. It needed to be funny but also very different. Something just as much about entertaining the audience as it was about the Tennent’s brand. So, we brought together a group of people who we felt could make that happen.

“Nothing was off the table idea-wise, as long as it was something that tapped into the humour of everyday life in Scotland. Since the beginning of the year we’ve held development sessions at the brewery every few days but it was important to keep creative freedom at the heart of Wellpark. It’s a different approach for a brand to take but it’s helped us to produce something that we think is innovative and that we’re really proud of.

“The reaction so far has been brilliant. We’d given a sneak preview to a small group of people over the past few days and their feedback was brilliant, with everyone having their different favourites.

“But, as much as it’s been made with a Scottish audience in mind, the beauty of releasing Wellpark online is that it could go far-and-wide – we’ve already had a few ex-pats say how much they’ve enjoyed the first sketches. Now Wellpark’s out there properly, we’re looking forward to seeing what the broader reaction will be.”

The core group involved in creating Wellpark include Bright Signals, a group of digital creatives based in Finnieston, and Something Something, a collection of animators, illustrators, writers, directors and musicians based in Leith. Together with Tennent’s, they write, direct, illustrate, animate, voice and produce each episode of Wellpark.

David Craik of Bright Signals said: “It was a gift of a brief to get from Tennent’s – they said: do something different and make it funny. It’s rare to get a brand that’s willing to be that open and collaborative.

“Because we’ve made Wellpark for online first-and-foremost, we’ve not been bound by the same rules, meaning much more flexibility. Some of the sketches are written now and some we’re still in the midst of creating. It’s ambitious and a bit scary but this way we’ll keep Wellpark fresh and a little unpredictable– we don’t know exactly what’s coming next yet (and neither will the viewer) but that’s all part of the fun.”

Something Something’s Ian Greenhill said: “When we began to write Wellpark, every character and script started from the same point – an observation.

“Something recognisable from everyday life that might also be a wee bit odd. The kind of random chat you’d end up having with your pals down the pub. So we started to think, ‘Why do we talk in a different voice when we’re on the phone to our girlfriends?’, ‘Who insures super-heroes?’, ‘Are guide dogs cockier than other dogs?’, ‘Where do mums learn their stock phrases from?’  Wee nuggets that I think most folk would find humour in. It’s stuff like that, that kickstarts the sketches.” 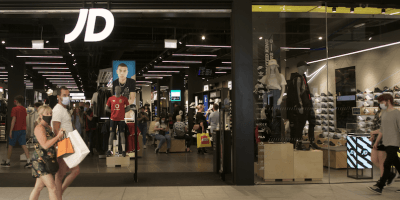 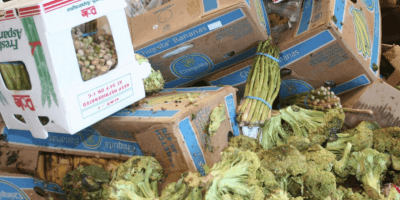