Perceptive Communicators has been hired to deliver public affairs and public relations services to tech incubator BioCity Scotland and its tenant companies.

The facility, off the A8 at Newhouse, near Glasgow, provides early stage and growth companies in the life sciences sector with shared services, business support and investment opportunities.

The contract was awarded to Perceptive following a search for an agency which would provide the right mix of proactive public affairs and public relations advice and support as it grows.

Jane Kennedy, commercial operations manager at BioCity Scotland said: “BioCity Scotland is at an exciting point in its growth. We were looking for a communications partner to support us and make the most of this.”

The BioCity Scotland contract follows a number of significant construction and technology wins for the Perceptive team, including construction companies, Cruden and Henry Boot Developments, for its work on the new Aberdeen Exhibition and Conference Centre, and the reappointment for Kier Construction in Scotland.

Julie Moulsdale, founder and managing director of Perceptive Communicators, has grown the initial team of two consultants to ten as a result of a surge in business wins.

She said: “We are very pleased to be working with BioCity Scotland, particularly at this exciting stage in their growth plans.” 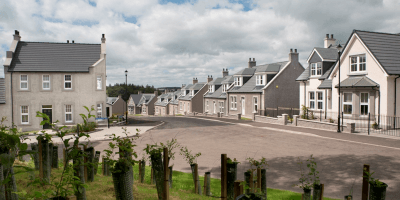 REFRESH PAGE FOR UPDATES 5pm: FTSE back in green The FTSE 100 recovered from aRead More