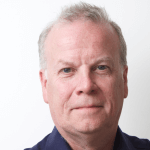 EDITOR AND DIRECTOR – Terry Murden, a financial journalist with a long pedigree in national and regional media, including The Sunday Times, The Scotsman and Scotland On Sunday. He has been a business editor on four daily and Sunday titles, an editor and deputy editor, and has won a dozen awards, including UK Industrial Journalist Of The Year, and was a UK Financial Journalist of the Year finalist for 2018. He been a frequent contributor to radio and television discussion programmes. Contact 07971 686038 NEWS AND SPORT CORRESPONDENT: Paul Kiddie has more than 30 years experience in the media. His career began with DC Thomson & Co and he later spent a decade at the Edinburgh Evening News. He was formerly Heart of Midlothian FC’s Head of Media and Public Relations. Contact: 07852 988828 email: pkiddie@dailybusinessgroup.co.uk 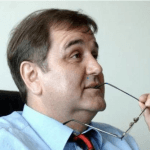 POLITICAL and MEDIA COLUMNIST: Steve Sampson is a former Assistant, Northern and Scottish Editor of The Sun newspaper, and a Director of Trinity Mirror publications including The Daily Record and Sunday Mail. He was a launch presenter of Radio5 Live, founder of First Press Publishing and contributes to the BBC. He is an investor/owner across a series of digital initiatives, and a media adviser 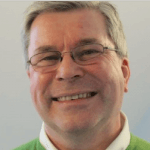 TECHNOLOGY COLUMNIST: Bill Magee, a former Sunday Times and Reuters contributor, made the switch from Scottish Business Insider to Daily Business in November 2019. INVESTMENTS WRITER:  Alan Steel, a respected figure in the Scottish and UK financial services sector and a regular commentator with contrarian views on the world of pensions and investments over a long career. 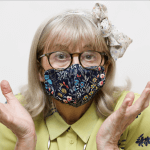 FEATURE WRITER: Julena Drumi is a freelance contributor who writes on a range of topics, usually around working life. She also contributes arts reviews.
email: newsdesk@dailybusinessgroup.co.uk 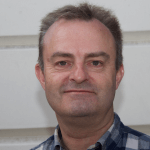 ARTS CORRESPONDENT: Andy Moseley is a writer and playwright. He joined Daily Business in August 2018 as a contributor to the Edinburgh Festival reviews team. He writes on a range of arts and the arts economy.
email: newsdesk@dailybusinessgroup.co.uk 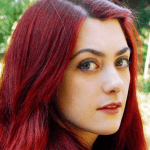 EDITORIAL ASSISTANT AND FILM REVIEWER: Hayley Murden is a graduate in photography from Edinburgh College of Art and is now a writer and reviewer. She contributes to the business news and arts coverage.
email: newsdesk@dailybusinessgroup.co.uk IT MANAGEMENT – Jeremy Davis, jPAD Consulting, an experienced IT consultant who formerly worked for BAA. He was responsible for designing and engineering the Daily Business website and continues to manage its development.

DESIGN – Vizualedinburgh, an Edinburgh design consultancy which has provided graphics, including the Daily Business title-piece, marketing material and advertising artwork.

Full details of our media services package, including photography, PR and video, can be found on our dedicated website DB Media Services