Ocado Group was 3.3% lower at 754.4p, leading the blue-chip fallers, after the chief executive of its online grocery arm resigned just a few months after warning sales would drop due to the cost-of-living crisis.

Melanie Smith, boss of Ocado Retail, which is a joint venture with Marks and Spencer, will officially step down at the end of next month.

Real wages (excluding bonuses) are down by a record 2.8% on the year, as inflation wipes out regular pay increases of 4.3%, according to official figures.

If bonuses are considered, the latest estimates indicate that average weekly earnings were 6.2% higher in the three months to May than they were a year ago.

Total pay growth of 7.2% in private sector was nearly five times the rate seen in the public sector.

Pat McFadden, Labour’s Shadow Chief Secretary to the Treasury, said: “Today’s record fall in real wages comes after a decade where wages have stagnated for workers across the economy.

“This is because the Conservatives have failed to grow the economy, which has left people more exposed to inflation and the cost of living crisis.”

Chancellor Nadhim Zahawi said: “I am acutely aware that rising prices are affecting how far people’s hard-earned income goes, so we are providing help for households through cash grants and tax cuts.”

The UK unemployment rate for the three months to May remained at 3.8%, according to the Office for National Statistics, down from 4.9% a year earlier.

Today’s figures indicate that economic inactivity is easing, suggesting that the cost-of-living squeeze is beginning to force people back into the labour market, said the National Institute of Economic and Social Research.

Construction and infrastructure firm Kier said full year results to the end of June are anticipated to be in-line with the board’s expectations.

This reflects a strong operational performance despite inflationary pressure which the company remains confident it can continue to mitigate going forward.

The results also reflect the cost savings realised in responding to the anticipated reduced volumes in the construction division during the financial year.

Despite political and economic uncertainties, core markets remain favourable. The year-end order book is expected to be in excess of £9.7bn, a significant increase of c.26% against the prior year (FY21: 7.7bn) reflecting a significant number of contract wins across all divisions.

Long term framework positions, as well as the pipeline and fees from the property development division, are excluded from the order book and represent an additional opportunity.

The group continues to maximise value and opportunities. Kier has won new, high quality and profitable work in its markets reflecting the bidding discipline and risk management embedded in the business.

Business advice consultancy Begbies Traynor said profit before tax for the year to the end of April came in at £4m (2021: £1.9m).

Financial performance is “comfortably ahead of original market expectations due to acquisitions and improved trading”, it said.

The company reported revenue growth of 31% (7% organic), reflecting the material increase in its scale and service offerings.

The board is recommending a 17% increase in the total dividend for the year to 3.5p (2021: 3.0p), the fifth consecutive year of dividend growth.

It says it has begun the new financial year in a strong position and is confident of delivering plans for further growth towards the top end of current market expectations.

While the board anticipates underlying FY22 profit before tax will be in line with market consensus, statutory reported profit for FY22 is expected to be a loss.

It was affected by the outcomes of an internal business review, predominantly as a result of non-cash impairment provisions and costs arising from discontinued activities including the closure of retail stores in the US.

The group is well capitalised with cash on hand of £17m.

The European Central Bank and Bank of Japan both meet on Thursday, with the ECB widely expected to begin raising rates from their pandemic era lows with a 25 basis point hike, while little change is expected from the ultra dovish BOJ.

Wall Street closed weaker as a busy week of earnings kicked off with updates from some of the nation’s biggest banks. 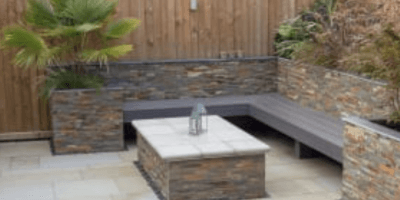