Peter Lawwell, who stepped down as Celtic chief executive last year, has emerged as the leading candidate to take over from Ian Bankier as the club’s chair.

The 63-year-old spent 17 seasons at Parkhead, and is tipped to succeed Bankier who retires at the end of the year, 11 years after taking the chair from John Reid.

Lawwell’s final move as CEO was introducing a largely bewildered media and Celtic fan base to the Australian Ange Postecoglou as a replacement for manager Neil Lennon.

The Greek-Australian joined from Yokohama F Marinos and despite being barely known in the UK he soon proved his value and led the club to the Premiership title.

Celtic shareholder Dermot Desmond paid tribute to 70-year-old Bankier after his exit on 1 January was announced on Friday.

He said: “Ian has provided great counsel and stability across a sustained period of growth and success for the club and I wish Ian and his family well for the future,” said the Irishman.

“We will ensure that we work very closely with Ian over the next few months to deliver a smooth and effective transition prior to announcing his successor.”

Lawwell’s potential return would also see him work with his son Mark who joined the club as head of scouting and recruitment in May.

It is believed he played a part in recommending Postecoglou to Celtic last summer, after the pair were acquainted through their shared work at CFG. 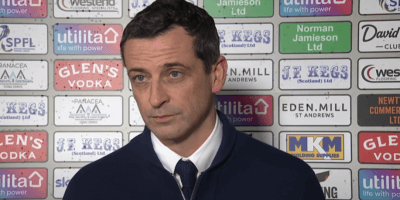