Public sector workers may be offered the option of a four-day working week as compensation for accepting lower pay increases.

Ms Forbes last week unveiled cuts to services apart from health and social security but is facing a battle with more than half a million public sector staff unhappy with a 2.2% pay offer.

The medium-term financial strategy provides options for the the government to explore non-pay benefits with employers and trade unions.

It states: “Work has been ongoing to consider standardising the 35 hour working week across public bodies where the pay policy directly applies, to introduce the right to disconnect and where possible to explore a four-day working week.

“In the longer term, this could be an opportunity to limit the cost burden of pay awards to employers, act as a lever to improve productivity, and optimise the role of automation and digitalisation of services, all while creating high value job opportunities and contributing to the wellbeing economy.”

Another government document states: “In order to mitigate workforce pressures in the current fiscal and economic climate, all public sector employers will need to innovate further and take robust decisions about priorities and service design.”

More than 3,000 workers will begin a four-day week from 6 June with no loss of pay as part of a six-month trial involving 70 companies to assess its impact on productivity and staff wellbeing. The research will be assessed by researchers from Oxford and Cambridge universities, Boston College and the Autonomy think tank.

Joe O’Connor, chief executive of the trial’s joint organiser 4 Day Week Global, said Britain was at “the crest of a wave of global momentum behind the four-day week”, as people got used to being away from the office during the pandemic.

Atom Bank has already adopted a four-day working week and claims it has led to a 500% surge in job applications and boosted staff morale.

The UK’s first app-based bank saw the jump in people applying for job vacancies in one week, shortly after it announced all employees could work 34 hours over four days instead of the usual 37.5 hours over five days – with no pay cut.

Big Four accountant PwC is allowing staff to finish their week on Friday lunchtimes between 1 June and 31 August. So-called summer working hours were piloted by the firm last July and August as part of its hybrid working policy.  The approach is being extended this year to include the month of June.

Several Scottish businesses, including software firm Administrate and the public relations firm Lux, have adopted a four-day working pattern with most ensuring that employees retain the same salaries. 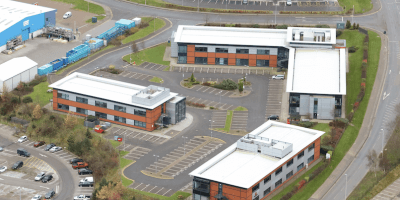