Capricorn Energy, formerly Cairn Energy, has become the latest Scottish listed company to surrender its independence, after agreeing to a merger with Tullow Oil.

The $827m (£657m) all-share merger will create an Africa-focused energy company with a material and diversified asset base and a portfolio of investment opportunities delivering visible production growth.

The deal delivers a combined group with robust cash generation and a resilient balance sheet, realising pre-tax net cash cost synergies of $50m per annum. The combined group is promising to pay at least $60m (£48mn) a year in dividends.

Almost 11 years after succeeding Cairn founder and former rugby international Sir Bill Gammell as CEO, Simon Thomson will step down on completion and will become chair of the integration steering committee.

The headquarters of the combined group will be at Tullow’s offices in London and the group will also retain premises in Edinburgh.

The deal comes just months after Capricorn – which adopted the current name in December last year – resolved a long-running tax dispute with the Indian government, signalling a special dividend of $500m to its shareholders earlier this year, but has now suspended a $200m share buyback programme in light of the deal. It is said to be sitting on net cash of up to $800m. 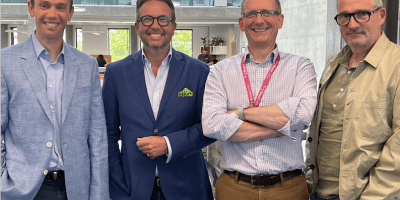