The UK economy shrank in April for the second month in a row, as the CBI warns that the country is flirting with recession.

Gross domestic product (GDP) declined by 0.3%, following a 0.1% drop in March, according to figures published by the Office for National Statistics.

Services were down by 0.3% while production fell by 0.6% as businesses have struggled with increasing supply and labour costs.

It was the first time that all main sectors had contributed negatively to a monthly GDP estimate since January 2021.

A Reuters poll had pointed to 0.4% growth in the February-April period.

Sterling has already fallen around 8% against the dollar this year, even though markets are pricing in a fifth consecutive interest rate rise from the Bank of England to tackle the surge in inflation.

The Bank of England now faces raising rates for a fifth consecutive month to control rampant inflation at 9%, while adding to business costs.

Martin Beck, chief economic adviser to the EY ITEM Club, said: “The economy is experiencing rising, supply-driven inflation at the same time that demand is weakening, leaving the MPC in a challenging place in advance of its interest rate decision this month.

“But while the MPC isn’t short of reasons to raise rates, it will also be mindful of the risks of tightening policy at a time when some growth indicators have started to flash red. For example, GDP fell in both March and April, while consumer confidence fell significantly in April.

“On balance, the EY ITEM Club thinks a majority will put inflation concerns above growth concerns and vote for a 25bps rise in Bank Rate.”

Global markets tumbled and the S&P 500 in the US fell into bear territory. 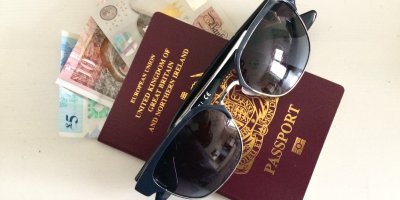 REFRESH PAGE FOR UPDATES 11am: Services sector rises A rebound last month in the UK’sRead More