A new financing model for local authorities that engages more with the private sector is needed to help revive struggling town and city centres, a conference of property specialists was told.

Property investor and developer Chris Stewart together with John Alexander, the leader of Dundee City Council, said the tax and planning systems need a re-think and that progress will rely on more involvement by the private sector.

Addressing the Scottish Property Federation’s annual conference in Edinburgh, Mr Stewart said towns and cities suffer from the “blunt tool” of business rates and continual cutbacks in services, with planning investment down 26% and street cleaning 35% over ten years.

“My concern is that we miss the opportunity to re-position our cities,” he said. “I hear a lot about 20 minute neighbourhoods,” he said…. “but [these figures] says where our cities rank in the priority list.”

Planning and transport were issues requiring further attention, he said, noting that often there was interest from the market in making a move into urban centres but there was no capacity to deliver. With no late services, the night time economy suffers.. “and now we hear about workplace parking levies”.

He called for action to encourage a more diverse range of businesses into city centres to add to the mix of broadly leisure-based operators.

Mr Stewart, who heads the urban renewal company, Chris Stewart Group, noted the progress in Dundee through working with private businesses and other non-government agencies, but he said there were other areas, particularly in the west of Scotland where this collaboration is not happening.

“Dundee has been a great success story, with a great vision,” he said. “But we need to have that same approach replicated so we can see realise the opportunities for our cities.” 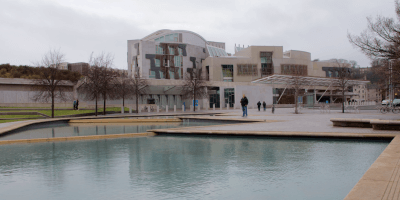