Shares in London plummeted as a slump in China’s exports in April compounded fears of supply chain issues and a global recession.

New Covid lockdowns in Beijing, Shanghai and the manufacturing hubs of Shenzhen have seen factories close and exports fall to the lowest level in almost two years.

Elsewhere, property agent Rightmove lost 3.4% after chief executive Peter Brooks-Johnson said he will step down with no successor in place (see below).

Software firm Ideagen closed up 47% at 356p after it agreed to a £1.06 billion takeover offer from funds run by London-based private equity firm Hg Pooled Management (see below).

Supermarket chain Morrisons has won a battle with the Issa brothers-controlled petrol retailer EG Group for control of the McColls retail chain.

7am: Ideagen still in talks with rival

The offer represents a 52% premium to the closing price of 230p on 11 April, the last trading day prior to speculation about an offer.

In a statement, Ideagen’s board said “it remains in discussions with Astorg and that Astorg has been granted access to due diligence. There can be no certainty that a firm offer will be made by Astorg, nor as to the terms of any such offer. Further announcements will be made in due course.”

More than 8,000 customers use Ideagen’s software, including major accounting and pharmaceutical firms.

Its customer base includes blue chip brands such as Aggreko, Bank of New York, British Airways, Heineken and Johnson Matthey.

The company, based in Nottingham, has an office in East Kilbride.

Property company Rightmove said chief executive Peter Brooks-Johnson will step down from the board and leave the company in the coming year.

Mr Brooks-Johnson, who has spent more than 16 years with the company and became CEO in 2017, will continue as CEO until the firm announces full-year results in February next year, and will assist with the recruitment of his replacement and “a smooth and orderly handover”.

Chair Andrew Fisher said: “Peter has made a significant contribution to the success of Rightmove over the past 16 years and whilst we are disappointed that he will be leaving the business, we understand his decision.”

On trading, Rightmove said it continued to make “good progress” with the implementation of its strategy and stated year-to-date trading had been “as expected”, with internal expectations for the full year remaining unchanged.

Business activity improved for the fourteenth consecutive month in April, according to the latest Royal Bank of Scotland PMI.

Its Business Activity Index – a measure of combined manufacturing and service sector output – rose to 58.9 in April, up from 58.4 in March and indicating a faster increase in private sector output.

The latest uptick was supported by a strong and renewed upturn in manufacturing production, although a sharp expansion in services activity was recorded once again. Moreover, the rate of growth across Scotland accelerated for the fourth consecutive month to the quickest since May 2021.

Markets are expected to start the new week on the back foot amid growing concerns over a Covid resurgence, new lockdowns and the prospect of recession.

China’s export growth slumped in April to its lowest level in almost two years as a new wave of Covid infections has forced the closure of factories and caused congestion at key ports.

The country’s biggest city Shanghai was almost entirely sealed off last month as it became the epicentre of the coronavirus resurgence, with many factories halting production and trucker shortage causing goods to pile up at its port

Beijing now has a strict zero-Covid policy involving lockdowns and mass testing and the economic costs are mounting.

Japan’s Nikkei 225 lost more than 2% of its value and both London and Wall Street look set for a negative start, according to the latest stock futures reading. 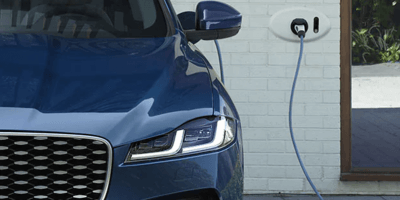