The EIE Investor Readiness Programme, delivered by the Bayes Centre at the University of Edinburgh, has announced 36 high growth tech businesses selected for EIE22.

EIE, which is supported by the Scottish Government, culminates at the EIE Showcase Conference on 6 October, where companies pitch for seed to Series A plus investment to domestic and international investors.

Research from UK analytics group Beauhurst recently identified that EIE has now helped over 540 companies raise more than £1.1 billion ($1.5 billion) since the investor-readiness programme was launched in 2008.

Karen Wood, director of enterprise at the Bayes Centre, said: “We plan for EIE to be even bigger and better this year, through a mix of in-person and online events. EIE is an integral part of Scotland’s technology ecosystem, driving our International Market Square offering, and we remain on a mission to connect investors from across the world with our transformational companies in 2022.”

Energy, climate and clean tech is one of the most represented sectors in 2022, alongside companies specialising in artificial intelligence (AI) and data science, while other selected companies include those from healthcare technology and fintech.

While the majority of this year’s companies are based in Scotland, there are also startups from other parts of the UK, including London and Manchester, and international locations like Hong Kong and Lithuania. 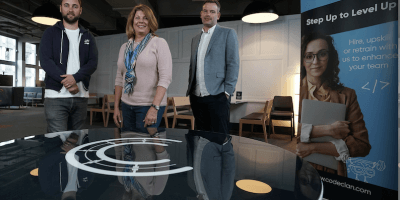