Catering firm Hickory has expanded its team to manage the return of events and the significant increase in demand following the easing of pandemic restrictions.

The expansion has led to the appointments of Brian Canale as culinary director, Gillian Fraser as head of event planning and design, Eric Drought as head of operations, Andy McKenzie as logistics planning manager, Fiona Pengelly as MICE sales manager, and Alison Sproull as executive assistant.

Edinburgh-based Hickory delivers events at an extensive and eclectic portfolio of venues across Scotland, including the Assembly Rooms, Dovecot Studios, Newhall Estate, Neidpath Castle and Royal College of Physicians. It operates the new Cairns Farm Estate in the Pentland Hills and Eskmills Venue on the outskirts of Edinburgh.

The business has expanded its festival-style support to large-scale events, including the provision of innovative seasonal catering and styling for the Borders Book Festival, and bars for the Scottish Open Golf Tournament at The Renaissance Club and Fringe by the Sea in North Berwick.

It is anticipating turnover to double to £4.5m this year and part of its growth will come from the expansion of its venues’ portfolio and developing its established outdoor festival and bar business.

Stephanie Stubbs, Hickory managing director, said: “We have dedicated recent months to recovering, rebuilding, and assembling a highly skilled and experienced leadership team across every function and department of the business.

“We are now in a period of significant growth as corporate events return – for example our enquires have almost trebled since January.” 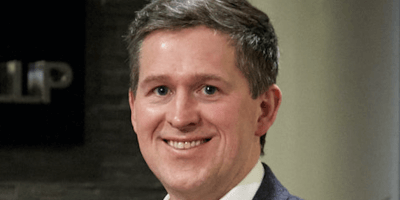