Johnson told ‘the party’s over’ after by-election defeat

Helen Morgan: ‘the party’s over’

Boris Johnson suffered his second big setback this week after the Conservatives were defeated last night in a constituency it had never previously lost.

Winning candidate Helen Morgan, who secured 47% of the vote and a 6,000 majority, said the constituents had sent a message to Mr Johnson that “the party’s over,” a clear reference to recent reports of Covid-breaking Christmas celebrations in Downing Street in breach of Covid rules.

The 76th safest seat saw one of the largest by-election swings in British electoral history, at 34 percentage points.

As a measure of their frustration in Mr Johnson’s performance, in the 2016 EU referendum the voters backed Brexit but last night were prepared to support the pro-EU LibDem candidate.

Mr Johnson was already on the ropes after almost 100 of his backbench MPs voted on Tuesday against the government’s introduction of vaccine passports for large events.

The outcome of last night’s vote was a marked contrast to the by-election in Hartlepool in May, when the Conservatives swept to victory on the back of a successful vaccine rollout.

Mr Johnson’s problems in North Shropshire were sewn by his attempt to change parliament’s disciplinary rules to spare sitting MP Mr Paterson from a suspension after he was found to have breached lobbying rules.

Mr Paterson, who had held the seat since 1997, was forced to quit, and the voters last night delivered a crushing message to the Prime Minister that his behaviour was not acceptable.

Since the Paterson scandal Mr Johnson has been engulfed in reports that Downing Street staff enjoyed several parties around Christmas last year in breach of Covid rules. 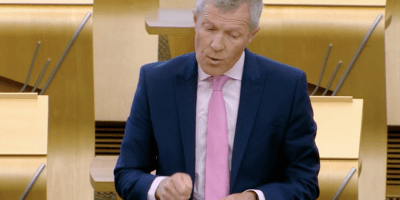