A new market is planned for Union Street

Aberdeen City Council has appointed Savills to find an operator to manage and occupy a new market being built on the site of the former market and a vacant branch of British Home Stores.

The market aims to become a a destination hub for eating, drinking and hosting events.

It will be connected to the Bon Accord and Union Square shopping centres through a new pedestrian thoroughfare that will also provide access to the city’s bus and railway stations.

The council acquired the site using some of a £150 million fund put aside for the city centre masterplan, assisted by £20m from the UK government’s levelling up fund. It says the market had the potential to reshape the city centre.

The market will have 31,301 sq ft of ground floor space with three upper levels providing 6,000 sq ft of additional space.

Stuart Moncur, head of national retail at Savills Edinburgh, said: “The redevelopment will be truly transformational not only for Union Street, but the entire city centre.

“The development will also link with Aberdeen City Centre Masterplan, which includes proposals to fully pedestrianise this section of Union Street, in addition to the almost completed upgrade to Union Terrace Gardens, making this an outstanding opportunity for an operator to be a part of this incredible change to Aberdeen city centre.” 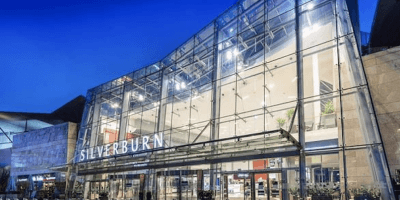 Hammerson in talks to sell Silverburn in £140m deal

Shops for sale: the centre is subject to talks Silverburn shopping centre near Glasgow isRead More