5pm: US jobs lower than forecast

US non-farm payroll numbers showed the US economy added only 194,000 jobs last month, although the unemployment rate fell to 4.8%.

Oil majors ended as the best performers tracking spot oil prices higher. BP closed up 2.5%, while Royal Dutch Shell ‘A’ and ‘B’ closed up 2.2% and 2.1% respectively.

On the FTSE 250 Weir Group closed 2.5% or 40.5p lower at 1600p after falling by 6% in early trade following news last night that it fell victim last month to a ransomware attack.

As London closed,  the Dow Jones Industrial Average was 14 points, or 0.04% higher.

Shares in Weir Group dropped 6% in early trading before recovering to a loss of about 3% (48.5p) to 1,598p following its announcement after the market closed last night that it had been a victim of a ransomware attack.

9.30am: Market up on travel easing

Travel and energy companies led the gains on the easing of restrictions. British Airways owner IAG topped the leaderboard with aircraft engine supplier Rolls-Royce close behind.

Royal Dutch Shell, a day after saying that soaring gas and power prices will significantly boost its cashflow in the third quarter, and rival BP were also near the top.

Among the main fallers were miners Antofagasta and Glencore, together with housebuilders Persimmon and Barratt Developments.

Royal Mail has bought logistics company Rosenau Transport, one of the largest independent freight carriers in Western Canada, in a £210.5m deal.

The acquisition will be funded through existing cash and borrowing facilities and is expected to be earnings and cash flow accretive to GLS and Royal Mail Group in the current financial year ended 31 March 2022.

“The combination of the two businesses will create a network stretching across Canada which will enable GLS to cover the vast majority of the Canadian population and deliver further growth and synergies,” Royal Mail said in a statement.

“It also provides a link to GLS operations along the US West Coast, unlocking significant growth opportunities with new and existing customers as the Rosenau Transport network moves to the combined GLS freight and parcel model.”

Demand for student accommodation from EU students has slumped by more than half, according to Unite Students.

The UK’s biggest owner, manager and developer of student accommodation said international travel restrictions are also having an effect on demand from China, where record numbers of new undergraduate students have not yet translated into bookings.

Job vacancies continued to soar in September while fewer candidates were available, according to the latest Royal Bank of Scotland data.

Retailers are seeing only a ‘tepid’ return of shoppers with footfall in Scotland down by a fifth on pre-pandemic figures.

Scotland is once again the weakest part of the UK outwith London.

September US non-farm payroll figures will be released later today and may set the stage for the Federal Reserve to begin tapering its asset purchases, paving the road for an eventual interest rate hike, possibly towards the end of 2022.

Wall Street stocks closed in positive territory as Congress reached agreement on the US debt ceiling.

In Asia this morning, Japan’s Nikkei 225 and the Shanghai Composite were trading higher but Hong Kong’s Hang Seng is lower.

London’s FTSE 100 climbed back above 7,000 as agreement on the US debt ceiling was reached, while worries about energy prices eased.

House prices rose in September at the fastest monthly pace since February 2007 amid a “race for space” as the stamp duty holiday drew to a close, according to a survey from Halifax.

On the year, prices were up 7.4% in September following a 7.2% increase in August. 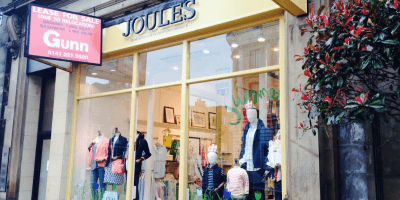