A pizza takeaway service has received a six-figure investment boost from entrepreneur Simon Cowie who will also advise the fledgling business on its growth plans.

Its second site near Pittodrie Stadium – home of Aberdeen Football Club – is due to open at the start of November.

The Pittodrie unit, almost three times larger than the Holburn Street site, will create 40 full-time and part-time jobs and see Big Mannys’ Pizza headcount rise to 70. When the new unit is up and running, Big Mannys’ Pizza has set an initial target of producing 7,000 pizzas per week.

The three founders have pencilled in plans to open a third city site at the start of next year, taking the number of staff up 100, while they are also looking to open an Aberdeenshire location in 2022.

Phillip Adams said they were inspired by the BBC TV programme Dragons’ Den to bring an investor on board, having already been approached by several potential business partners.

The team wanted someone who could add extra value by helping to guide them through issues that come with operating an expanding and scalable business.

He said: “We needed an investor with the expertise, acumen and business contacts to support and advise us as we continued to grow, and Simon fitted the bill perfectly.”

Mr Cowie, managing partner at Aberdeen accountancy firm Infinity Partnership, has taken a small stake in the business. He said: “I’m looking forward to working with Phillip, Ashley and Calum to take the business to the next level, ensuring the right infrastructure is in place to support this growth.” 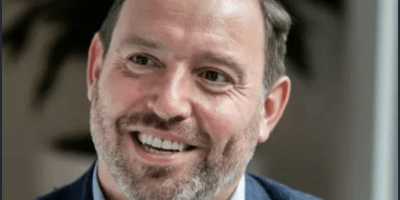