Specialists in AI and blockchain are among those in demand

Demand for tech professionals in Scotland increased by 25% in six months – far exceeding the pace of the 10% rise seen in the rest of the UK.

The figures emerge in the latest UK Tech Talent Tracker from Accenture. It is the first time the tech job market has grown since the pandemic.

The tracker, which analysed LinkedIn’s professional network data, recorded over 93,000 tech jobs openings across the UK in July 2021, up from 85,000 in January. However, tech job listings are still well below pre-pandemic levels and are 76% lower than 2019.

Despite the significant decline, demand for skills in emerging technology is now driving regrowth in the tech job market.

As organisations focus on governance and respond to data privacy regulations, jobs in digital ethics and responsibility also shown a significant increase with the Scottish data demonstrating a 74% rise in demand for governance roles compared to a 27% average across the UK.

Michelle Hawkins, managing director for Accenture, Scotland, said: “As Scotland continues to focus its economic recovery on the development and implementation of digital technology, these latest figures are very encouraging.

“There is huge opportunity to meet new business needs post pandemic through investment in technology roles and the figures suggest Scottish companies are rising to the challenge.

“Coupled with this is the increasing recognition of data responsibility and digital ethics as an area of expertise to be nurtured, developed and applied. As we look forward to COP26, and how we build business models that are more sustainable, this is an exciting and important area of growth for Scotland.”

Update 23 Sept: New data from the UK Department of Digital, Culture, Media and Sport confirms that technology roles in Glasgow and Edinburgh have increased by more than a quarter in the past two years, demonstrating some of the highest growth in the whole of the UK.

According to data analysed by job search engine Adzuna for the UK’s Digital Economy Council and Tech Nation, IT-related vacancies now make up 13% of all UK job vacancies.

In Edinburgh and Glasgow, tech jobs make up an even higher proportion of roles – up 30% and 28% respectively.

Strong employee demand for jobs is not only confined to the tech sector, with general vacancies increasing by 11.2% on average in Scotland month on month throughout 2021 to 46,990 in June.

George Windsor, head of insights at Tech Nation said: “Edinburgh is proving to be one of the fastest-growing tech cities in the UK, with a higher number of opportunities and salaries compared to other cities.

“Glasgow is also making a name for itself as a destination for tech workers, with some of the best cost of living standards compared to the median tech salary of the whole UK.

“With scaling companies in sectors such as fintech and health tech, Scotland’s tech sector is only expected to grow in the next few years.” 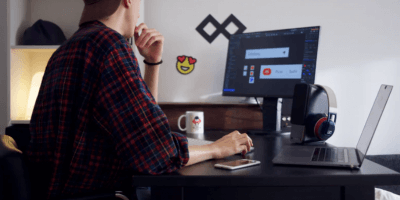 IR35 change forces a third out of self-employment