London’s blue chip index has enjoyed its longest weekly winning streak since November, although investors remain concerned that the Bank of England could pull back asset purchases earlier than expected.

Babcock jumped 6.4% to the top of the FTSE 250 index after it agreed to sell its consultancy unit Frazer-Nash for £293 million.

One of Scotland’s best-known Victorian hotels has been put into administration after a collapse in trade caused by the Covid-19 pandemic.

Rangers’ former administrators Duff & Phelps are chasing a massive £120 million pay-out from the Scottish Crown Office for reputational damage, according to a report.

The New York-based firm says it lost significant earnings after two of its staff were wrongly arrested as part of the Scottish prosecution service’s “malicious” investigation into the 2012 takeover of the Ibrox club.

9am: Babcock a highlight as market rises

Babcock shares rose 5.7% to 324.25p after the FTSE 250 engineering group agreed to sell its consultancy unit Frazer-Nash to KBR for £293million.

It marks the end of a 14-year partnership between Babcock and Surrey-based Frazer-Nash Consultancy which sprung out of classic carmaker Frazer-Nash.

The FTSE 100 rose 21.6 points to 7,213.82 and is heading for the fourth consecutive week of gains which would be the longest winning streak for the bluechip index since November last year. The FTSE 250 was up by 0.13%.

Vectura‘s board is likely to face further criticism after it backed a takeover offer from the maker of Marlboro cigarettes.

The decision sparked outrage among the UK’s medical chiefs and physicians who were shocked that the inhaler maker, which helps people with respiratory problems, could succumb to US tobacco giant, Philip Morris International.

Gatwick Airport chief executive Stewart Wingate said the UK is in danger of “squandering the advantage that the vaccination programme has afforded us for international travel”.

In a statement with half-year figures showing a huge loss, he said: ” Our Government needs to act now and remove unnecessary and costly PCR testing requirements for passengers, particularly for those double vaccinated.

“UK travel recovery should not be allowed to lag behind the US and Europe. Passengers need the travel rules simplified so they can choose to travel more freely and enjoy much needed breaks and reunions with family and friends which are currently much more attainable for those in Europe and the US.”

Gatwick Airport carried just 569,000 passengers in the first six months ended 30 June 2021 due to the impact of COVID-19 and the associated international travel bans.

While the airport remained open throughout this period all revenue streams were impacted and the collapse in passenger demand along with Government restrictions led to a £244.6m loss for the six-month period and an EBITDA loss of £50.2m.

McColl’s Retail Group has completed a capital raising by placing 150m shares at the offer price of 20p, raising gross proceeds of approximately £30 million and net proceeds of £27.3m at a discount of 31.03% to the closing price of 29p on 11 August.

Each of the directors subscribed to the offer.

The funds will be used to increase the number, and accelerate the pace of rollout of Morrisons Daily stores, from 56 to 350 by the end of the financial year ending November 2022 (an increase of 50 stores against the group’s previous target of 300 stores by the end of December 2023).

The company will also iImprove the grocery infrastructure in the Morrisons Daily sites, further invest in the store estate, including the potential to extend the rollout of Morrisons Daily beyond 350 stores; and reduce the Group’s financial leverage.

7am: Braveheart raises £2.5m in placing

Braveheart Investment Group has announced a placing of 13,888,889 new ordinary shares at a price of 18p per share to raise gross proceeds of £2.5 million before expenses.

The company intends to use the new funds to accelerate the development of Paraytec’s Covid testing instrument by taking direct control of the final design and engineering packages.

In parallel, partners will continue to be sought by Paraytec for licensing and development and/or potential sale. The board believes this strategy should enable Paraytec to deliver a finished product to market directly if it fails to find a satisfactory deal with a third party.

The placing price represents a discount of approximately 20.88% to the closing mid-market share price of an existing ordinary share on 12 August.

The placing shares will represent approximately 26.59% of the enlarged issued share capital of the company.

Oil prices fell for a second day after the International Energy Agency warned that demand growth for crude and its products had slowed sharply as surging COVID-19 cases worldwide forced governments to revive movement restrictions.

“Growth for the second half of 2021 has been downgraded more sharply, as new COVID-19 restrictions imposed in several major oil consuming countries, particularly in Asia, look set to reduce mobility and oil use,” the IEA said.

However, OPEC was more upbeat in its outlook and forecasts a rebound in oil demand globally this year and further growth in 2022, notwithstanding the rising concern about the surge in COVID-19 infections.

Asia has been more mixed with with Japan’s Nikkei 225 up by points while Hong Kong’s Hang Seng was 189 points lower. 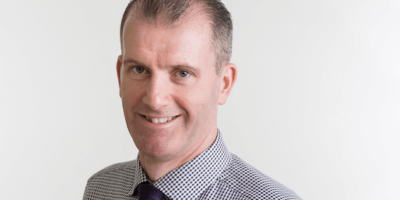 Firms urged to ‘use or lose’ tax super allowances

Late payments continue to plague small businesses despite moves by government to ease the problem,Read More