Mark Allen: will take the chair next year

Mark Allen, who led the sale of Dairy Crest to Canadian group Saputo two years ago, is to be the next chairman of Irn-Bru maker AG Barr.

Mr Allen has been appointed an independent non-executive director with effect from 1 July and will succeed John Nicolson in the chair in May next year.

Mr Nicolson will step down from the board prior to the next AGM following nine years as a non-executive director, seven of which have been as chairman.

Zoe Howorth will join the board as a non-executive director, with effect from 1 July, succeeding Pam Powell.

Mr Allen spent his early career in the police force and, after completing a law degree, he subsequently held a variety of corporate roles, initially with Shell Group and lately with former FTSE 250 company Dairy Crest Group where he was CEO from 2007 to 2019.

Mr Allen pocketed almost £5million from Dairy Crest’s controversial acquisition by Saputo. Within weeks of the deal completing he stepped down and was replaced by his deputy CEO Tom Atherton.

In addition to Dairy Crest, he has held non-executive roles at Howden Joinery Group, Dairy UK and Warburtons, as well as Norcros where he was chairman from July 2020 until April 2021.  He is currently non-executive chairman of Halo Foods.

Ms Howorth is an economics graduate and a career spanning a range of roles at Procter & Gamble, United Biscuits and The Coca-Cola Company, where she spent 16 years, culminating in her role as UK marketing director from 2010 – 2013. 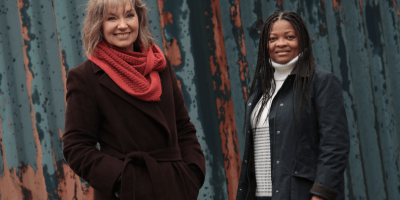