The Titan building at Eurocentral was a key sale

A new forecast has emerged of a rebound in commercial property following subdued investment volumes in the first quarter.

Colliers’ Scotland said investment volumes fell to £149 million, well down from £335m in the final three months of last year, and more than 70% below the five-year quarterly average of £536m.

However, investment activity at the start of this year has been much stronger than during the first lockdown in quarter two of 2020, when only £50m was transacted.

The review is less optimistic than research from Knight Frank showing investment in office space in Edinburgh was higher than during the first quarter of last year and that the capital had remained robust. Both firms report expectations of a pick-up in activity.

Patrick Ford, director, National Capital Markets, Colliers in Glasgow: “Unsurprisingly, given renewed lockdown restrictions, it has been a slow start to the year in terms of commercial property investment in Scotland.

“However, we expect to see a robust rebound in investment volumes throughout this year, thanks to a significant build-up of capital waiting to target the market.

“Looking at occupier activity, the industrial sector remains relatively buoyant and there are signs of renewed interested across the board in Scotland with some normality set to return as we slowly emerge from lockdowns.

“In the office sector, for example, we’re expecting some recovery in the second half of this year.”

Oliver Kolodseike, Deputy UK Chief Economist, Research and Forecasting, at Colliers, said: “Offices, retail and industrial all experienced muted levels of investment activity at the start of this year, well below their respective five-year averages. This was largely due to the impact of lockdown, including people being asked to continue working from home wherever possible.” 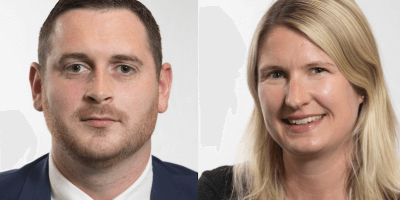