Sturgeon likely to be quizzed over Ibrox celebrations

First Minister Nicola Sturgeon is likely to face questions over the latest gathering of thousands of football fans outside Rangers’ Ibrox stadium in a clear breach of the Covid-19 restrictions.

Supporters let off flares and fireworks as they celebrated in anticipation of the club winning the Scottish Premiership title. After the victory over St Mirren Rangers players left the pitch and headed to an exit to greet the fans outside.

Police tried to hold back hundreds of supporters outside the main door of the stadium. They said there were no arrests.

Rangers players have twice been reprimanded for breaching the Covid guidelines.

The club could win the league title this weekend for the first time in a decade if reigning champions Celtic drop points against Dundee United on Sunday.

The Rangers manager, Steven Gerrard, was asked in his pre-match press conference on Friday about the potential for fans having a title party outside the club’s ground and urged them to remain safe.

Rangers players greeted the fans at one of the exits

He said: “We all have to continue to try and abide by the government rules and respect social distancing and stuff like that.

“But at the same time it’s out of my control and this is when you have to leave it to the security experts and people higher up the club than me to deal with these situations.

Chief Supt Mark Sutherland of Police Scotland said on Saturday morning that a large number of supporters gathered outside Ibrox Stadium and a number of pyrotechnic devices were set off.

“I would remind supporters that in line with current Scottish government coronavirus guidelines, all gatherings are currently prohibited and we would urge members of the public to comply with these restrictions.

“Our priority is public safety and an appropriate policing plan was in place and officers engaged with those present to explain and encourage compliance with restrictions.”

After Celtic fans took part in a protest outside the club’s stadium in November, she said: “We have advice against gatherings and every day I stand up here and say avoid crowded places.”

The latest incident comes ahead of possible easing on gatherings, in particular allowing a limited number of fans back into stadiums.

However, there is also lingering doubt over allowing this to happen in time for the Euro 2020 competition which has put Hampden’s role as a host venue in doubt. 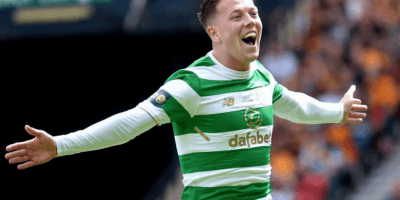