Medannex sweeps board with multiple awards

The Medannex team with CEO Ian Abercrombie at far right

The late-stage biopharmaceutical company, developing novel treatments for cancers and autoimmune diseases, was declared the winner in all three categories in which it was nominated at Scotland’s Life Sciences Annual Awards.

Medannex received its first award, ‘Investment of the Year’, in recognition of the company’s £11m Series B funding round led by Boston-based global Life Sciences investor Morningside Ventures and supported by The Scottish Investment Bank.

The investment represented a significant endorsement of Medannex’s clinical development work and has allowed the company to undergo rapid expansion in preparation for a First-in-Human clinical study, due to be initiated later this year.

For its second award of the evening, ‘Outstanding Skills Development’, Medannex overcame a very strong field including German multinational Merck and the School for Health, Science and Technology, Livingston. The award acknowledged Medannex’s programme of internships and student placements, including collaborations with several leading Scottish universities.

Medannex’s chief executive, Ian Abercrombie, said: “Receiving these prestigious awards is a wonderful acknowledgment of the team’s dedication and hard work and a recognition of the very exciting technology we are developing.”

The climax of the evening was the ‘Lifetime Achievement Award’, presented to Medannex’s founder and Chairman, Professor Chris Wood. A fellow of the Royal College of Surgeons of Edinburgh, Professor Wood has had a huge impact on Life Sciences in Scotland, founding and managing numerous successful biotechnology companies, providing new treatment options for many thousands of patients and mentoring several leaders within the sector.

Professor Wood said “It is a huge honour to receive the Lifetime Achievement Award in recognition of my work and I’m grateful to the people who have helped and supported me to make it all possible.”

Scotland’s Life Sciences Awards were presented in a virtual ceremony on 24 March by Ivan McKee, the Scottish Government’s Minister for Trade, Innovation and Public Finance. An in-person celebratory event is due to be held in Glasgow in November 2021. 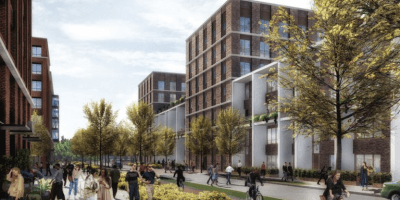