SBN co-founder and chairman Russell Dalgleish said: “I welcome these five superb individuals as new Ambassadors for SBN. I am humbled by their generosity in accepting these roles and I believe that they perfectly embody the ambition of SBN.

“Over the coming weeks we aim to announce more ambassadors and welcome applications from those around the world who share our passion for Scotland.”

Mr Fernandez-Telleria is head of economic affairs at the British Embassy in Bolivia.

After studying for his BA in Economics at Universidad Católica Boliviana, he spent seven years in Scotland studying at first University of Strathclyde.

He subsequently completed his PhD at the University of Glasgow.

After leaving Scotland Ms Ormond has enjoyed an international career before settling in Minneapolis / St Paul, Minnesota, one of the Northern States in the US. She specialises within the field of Nutrition and today holds the role of director of nutrition and research for the company Milk Specialties Global.

Ms Ormond has already started to engage with Scottish food and drink companies and her expertise, market knowledge and network is proving highly useful.

Originally from Glasgow, Mr Ritchie has been based in Brazil since 2008 where he has several business interests including his company Roditis Ritchie Produtos Alimenticios which provides such Scottish delicacies as Caramel Shortcake and Shortbread to the Brazilian market. Brazil represents a range of opportunities for Scottish exporters and establishing SBN within the city of São Paulo is the immediate goal. São Paulo today is an international location with a population more than 22 million.

Ms McFall Austin’s career started in the NHS and while working she studied first at Glasgow Caledonian University and then graduating from University of Strathclyde with a Master of Science, before heading to London. Following a highly successful career within the NHS she relocated to Seattle, Washington State in 2014.

She is recognised as one of the leaders in her field and brings to SBN a unique skill set covering the not only many aspects of the US healthcare sector but also maintains a keen interest in technology driven early stage companies.

Mr McGown, based in Harris ,is a familiar face in the Highlands and best known as managing director of Essence of Harris. He is also founder of the Loomshed Hebridean Brewery and Norserv facilities.

“The decision was taken to appoint an Ambassador to the Islands as we recognised that the unique characteristics of those entrepreneurs building businesses in such a remote location required to have their interests represented to a global market. Jamie’s career and interests are international hence he is the perfect man for the job,” said Mr Dalgleish. 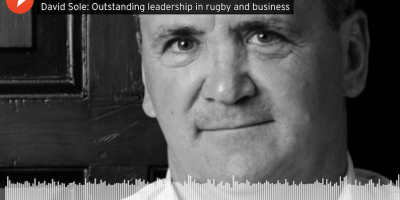 Business coach and former rugby international DAVID SOLE shares insights into his rugby and business experiences, including the importance of humility and emotional intelligence in our leaders. 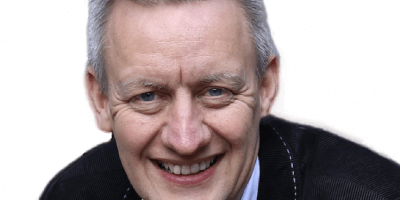 Help your business by developing a global mindset