Brewer Innis & Gunn enjoyed a 39% uplift in sales across its range of beers, as a strong performance in UK supermarkets helped offset the closure of pubs and restaurants.

SKUTrak sales data from Morrisons, Tesco, Asda, Sainsbury’s and Co-op showed the increase in sales against the same retailer data for January last year – despite the dry January campaign encouraging people not to drink alcohol.

These January supermarket sales build on a strong 2020 for the Edinburgh-based bewer which saw beer sales grow 29% across the UK off-trade.

Dougal Gunn Sharp, founder, said: “This strong start to 2021 will help us to build upon some of the trade support work we launched last year.”

The company, which recently announced it had put its plans for a new brewery at Heriot-Watt university campus on ice, did not supply data on total comparative sales for the month.

Dublin-based C&C Group, owner of Tennent’s, has taken an 8% holding in Innis & Gunn whose brands will continue to be produced at C&C’s Wellpark brewery in Glasgow and at its own facility in Perth. 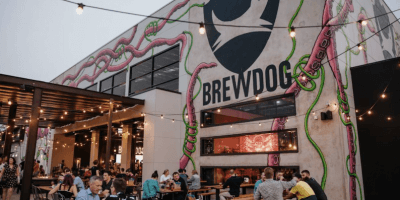 BrewDog eyes New Zealand for growth down under