Commsworld, the independent network provider, has reported “one of the best quarters in its 27-year history”.

The Edinburgh-headquartered company secured contracts valued at more than £16.7m across multiple sectors, significantly beating its targets between October and December last year.

Chief commercial officer Charles Quinn said: “Already we are enjoying an excellent start to 2021. There are plenty of new markets for us to explore.”

Dunfermline-based ventilation company Sustainable Homes Scotland, trading as Paul Heat Recovery Scotland, has announced that is converting to an employee-owned businesses in Scotland, with 12 staff given a stake in the business.

The cost of living rose by 0.7% in the year to January, slightly more than expected as the country was plunged into another lockdown.

Food prices pushed up costs, along with household goods. The rise was slightly higher than many economists’ forecasts of 0.6%.

The Anglo-Australian mining group delivered a record dividend to shareholders as soaring iron ore prices last and demand from China drove full-year profits sharply higher. The company reported a better-than-expected 20% increase in underlying profit to $12.4bn and declared a total dividend of $5.57 a share against expectations of $4.80.

Scottish shops reported their worst monthly performance since April, and the worst January results on record.

Food sales rose by 4.3% but non-food slumped by more than half, as non-essential shops were forced to close during the first week of the year.

The Scottish Retail Consortium welcomed the three months extension of business rates relief, though its report was issued before Finance Secretary Kate Forbes announced that rates relief would be extended for the whole of next year. The Scottish Property Federation was disappointed by a lack of action on empty properies.

Read more: Businesses cheer as no rates to pay for next year

There was a mixed performance on Wall Street, with the Dow Jones Industrial Average closing up 0.2% at a record high while the S&P 500 dropped 0.06% and the Nasdaq fell 0.34%. 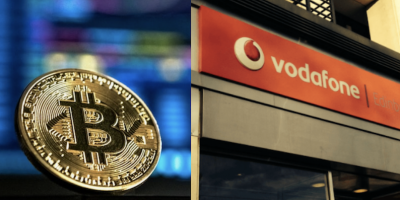