The proposal is in hibernation, says the Trust

A plan for a new concert venue in the shadow of Edinburgh Castle are in a “state of hibernation” and may never be realised, according to the scheme’s backer.

John Campbell, chairman of The Ross Development Trust, said the plan for a replacement to the ageing Ross Bandstand in West Princes Street Gardens needed an injection of significant funds from donors and a stronger drive from Edinburgh Council.

But it is also facing objections from a conservation group which said it would oppose an application to build the arena.

The New York and Los Angeles-based architecture practice wHY won what was regarded as a prestigious international competition in 2017, seeing off a number of high profile rivals.

Working with Edinburgh-based GRAS and Arup, the £25 million Quaich Project to revamp the gardens and replace the 1935 bandstand finally went out to public consultation in late 2019.

However, in February 2020 the hotelier and philanthropist Norman Springford, who had already pumped £5 million into the plans resigned as chairman of the trust.

Last spring, just as the application was about to be lodged, the City Council, and Historic Environment Scotland condemned the designs and the entire concept.

Mr Campbell said the project and the trust, which has no money, had subsequently “gone into hibernation mode”.

He told the Architects Journal: ‘It was only weeks before we were ready to go for planning [in spring last year] when out of the blue came a letter from the conservation and planning department – and also from Historic Environment Scotland – saying “We really don’t like the whole scheme [and] we think you have misunderstood the origins of the gardens and we want you to go away and rework it”.’

Reflecting on the lack of funding and the impact of the pandemic, he said: “I’d got to a point in March last year that I couldn’t, in all conscience, instruct consultants to do more work, because I couldn’t pay them.

“I don’t have a queue of donors at my door saying “please take my money”. There’s nothing for them to donate to. There is no planning permission. There is no real finished product. There is just an idea. And now, particularly with Covid, fundraising is a nightmare.”

He said one way forward was to look at a “partial realisation” of the scheme, including a revamp of the temporary café and revitalising the ‘Blaes’ open ground. This might mean dropping the centrepiece design to replace the 1930s bandstand.

However, he says it may be necessary for another organisation to take the plans forward.

“I want to hear from the City Council that they are interested, in tangible terms, in all or part of this project. And I want them to set up a structure to enable that to happen,” he said.

Edinburgh City Council said: “We understand that the ongoing pandemic has meant that the Ross Development Trust have no funding to carry on activity, which is a great pity.

“We are grateful for all of their work to date and we are ready to resume the partnership if and when the trust gets back up and running again.”

Historic Environment Scotland said the proposals raised concerns of national interest, with a significant detrimental impact on the gardens.

A spokesman said: “Although we are supportive of the garden’s facilities being improved, with the current proposals we noted we would object to planning permission and conservation area consent if an application came in.” 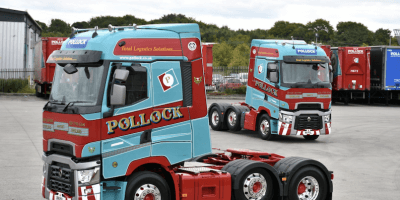