Lawyers are battling with challenges

Scottish legal firms have seen a rise in workload since the early part of lockdown, but turnover and partner returns are expected to remain lower into next year, according to new research.

The Law Society of Scotland has published its second survey into the financial impact of Covid-19 on private practice legal firms. Undertaken six months on from the initial survey, results show that while business has begun to pick up after the immediate impact of lockdown, most firms are still battling against the challenges of the pandemic.

Turnover has improved for most firms from the position they forecast in May 2020 with 70% of firms interviewed reporting a reduced turnover, and 55% a reduced cashflow in the most recent results, compared to 90% and 84% respectively back in May.

Reduced partner drawings remain consistent, with 66% of firms at present (compared to 72% in May) saying that partners are drawing less from the business to support the economic stability of firms and reduce the impact on salaries.

Two-thirds (62%) of respondents reported that workloads have increased or increased significantly since April, however, 50% said that this remains down compared to October 2019.

Property sales, executries and family law are key areas where work has increased since April.

Criminal defence work has been more of a mixed experience, with it being highlighted by some firms as an area of increased business, while others reported this had decreased further since April.

Those criminal defence firms which indicated a decrease or significant decrease, mentioned in particular, problems around a backlog of cases to be disposed. Issues with appeals and solemn trials not taking place also featured in those responses.

Amanda Millar, president of the Law Society of Scotland, said: “While private practice firms are seeing an increase in business compared with the start of lockdown, we’re still a long way off seeing the sector recover to pre-pandemic levels. Much of the work which is now coming in has simply been displaced from those long weeks when nothing was moving.

“Solicitors play a vital role in their communities and continue to help thousands of individuals with legal issues and in upholding their rights, including some of the most vulnerable people in our society.

“The legal sector also makes a significant contribution to Scotland’s economy and supports local, national and international businesses located across the country. Support is still very much needed for the sector to ensure the sustainability of law firms into the future.”

The original survey was carried out with senior solicitors from over 150 private practice law firms in May 2020. The same participants were approached for this second survey, of which 128 responded before the closing date. 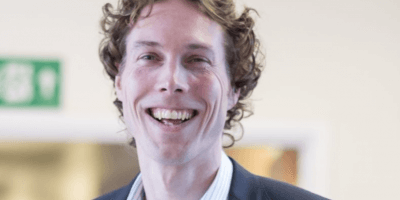