Trying time for clubs and schools as season cancelled

There will be no competitive rugby for clubs or schools this season after Scottish Rugby’s decision to cancel fixtures at all levels because of the ongoing impact of Covid-19.

Teams had previously seen the season delayed until January, however this timescale has now been extended to the end of the regular season, spring 2021.

With the current public health guidelines in place, full contact training and non-competitive (friendly) matches cannot be resumed, resulting in the vast majority of players being unable to safely prepare for competitive matches in the new year as previously intended.

The current government regulations also continue to limit the ability of clubs to journey to games as travel restrictions at various levels are in place across the country.

Scottish Rugby president, Ian Barr, said: “After much careful ongoing consideration by the Scottish Rugby Council, who received a detailed briefing by colleagues in Rugby Development and updates from Scottish Rugby’s Threat Management Group, on the impact of current government restrictions, we took the difficult decision as a Council to recommend closing the 2020/21 domestic season, which the board then fully supported.

“We know many clubs and schools were looking forward to resuming competitive matches in the new year, but Covid-19 remains an active threat and we must act responsibly, putting the safety of our players, volunteers and their local communities first.

“We understand the decision will be disappointing, however it is important that we make the right choices to contribute to helping lower the infection rates and support public health guidelines, which can hopefully enable us to return to rugby fully at the right time.”

Despite the cancellation of the revised competitive league programme, Scottish Rugby aims to facilitate local friendly fixtures in the months ahead at a time when it is safe to do so.

FOSROC Super6 teams will continue to work towards the possibility of delivering a full programme of fixtures, with the aim of starting at the end of March 2021, should government guidelines allow. 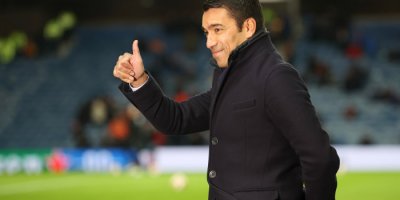