Rangers and Celtic banked a return to the group stages of the Europa League – and the accompanying financial boost.

The two Glasgow clubs impressed last season in reaching the knockout stages and will be looking for another long run in the competition.

Ibrox boss Steven Gerrard had hinted that further activity in the transfer market could hinge on his side progressing through the qualifiers so he can look forward to some positive discussions with his board after seeing off the Turks.

Goals from Scott Arfield and James Tavernier in the second half had the home side cruising towards the group stages, although they had to endure a tense finish to the tie.

Rangers had conceded just six goals in their previous 18 Europa League qualifiers so it was something of a surprise when Galatasaray clawed their way back into things in the closing minutes through Marcao.

However, the hosts were not to be denied what was a deserved triumph, Gerrard continuing his impressive record in Europe since taking charge – he has yet to lose in 19 Europa League qualifiers as Rangers boss.

“This is a fantastic night, the players are obviously very happy in the dressing room but the key for me is to make sure we’re having good nights come May,” said Gerrard.

“It’s very important, European football, but for me it’s about success in May. But if we keep performing like we did tonight, and if we keep moving this group of players forward, and adding the right players to it, maybe we can.”

Celtic’s progress to the group phase will provide some comfort for Neil Lennon after seeing his side dumped out of the Champions League qualifiers by Ferencvaros in August.

The Hoops had struggled to get past Riga in Latvia last week but produced a far superior performance in Bosnia and Herzegovina.

Odsonne Edouard scored the only goal of the game with 20 minutes remaining, although the margin of victory could have been much wider, with the home side posing little threat in attack.

“It’s a fantastic night for the club and the players,” said Lennon. “It really opens up the season now. I’m absolutely thrilled, it was a really strong performance.

“We could have won the game by more but it’s a great win, it was all about getting through and we’ve got so much to look forward to now.” 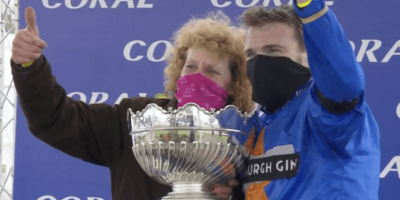