Five technology, networking and safety & security providers have come together to form a new company serving a UK-wide client base.

The companies had been brought together via a series of acquisitions and mergers and together they have secured a £30m-plus order book since the Covid-19 emergency began.

The tie-up is part of the specialist investment fund Aliter Capital’s strategy to build a network serving a range of products across the country. North will be increasing its 250 headcount as it strives to exceed £100m in turnover in the next three years.

Among recent project wins are several Government and other public sector projects totalling £18m, which are confidential under NDAs.

An early target of the new company will be to engage with other UK local and regional authorities aiming to roll out similar IoT infrastructures UK-wide.

North’s group executive chairman Rob Bardwell, former chief executive of Pinacl, said:  “This remarkable year has seen a shift in the way we all live and work, with working from home now a reality for many now and into the future.

“Technology and network solutions have never been more pertinent for companies and we know they are now high up on the board agenda of every organisation.”

North’s group executive director is Scott McEwan, former chief executive of Boston Networks, who said:  “Throughout the pandemic all of our constituent companies have bucked the trend by securing major contract wins which have added to our growth trajectory and it’s a very exciting time for North to be born.” 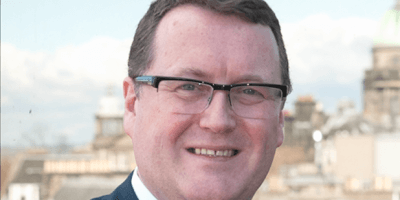