Scene of carnage on line at Stonehaven

The driver and conductor of a train from Aberdeen heading to Glasgow were among three people who died in a devastating crash near Stonehaven.

A passenger also died after the train was derailed at about 9.40am at Carmont south of Stonehaven amid heavy flooding. Six other people were injured.

Investigators initially focused on a landslide as UK Transport Minister Grant Shapps planned to travel to the scene to “try to understand the situation firsthand and offer every possible assistance”.

British Transport Police issued a statement just after 4pm which said: “We can confirm that three people have very sadly died following a train derailment in Stonehaven this morning.”

The driver was later identified as Brett McCullough, 45, who lived near to the scene of the accident, and the conductor was Donald Dinnie.

The train, with front and rear engines and four passenger carriages, is thought to be one of the HST 125 units which were brought north to improve services on the ScotRail network.

At 3.14pm Scottish Fire & Rescue service said: “We were alerted at 9.47am on Wednesday, August 12 to reports of an incident involving a train near Stonehaven, Aberdeenshire.

“Operations Control mobilised 12 appliances and specialist resources to the scene as part of a multi-agency response. Crews presently remain in attendance.”

Scottish Transport Secretary Michael Matheson said: “Our thoughts and condolences are with the family and friends of those who have lost their lives and those who were injured in this tragic rail incident near Stonehaven this morning.

“I attended the SGoRR meetings earlier and have been provided with regular updates on this very serious situation and I will continue to keep up to date with the latest developments. I also plan to meet with some of the emergency responders tomorrow morning.

“I would like to thank all the engineers and emergency services who are responding to this incident and the challenging conditions they are dealing with at this time.”

The Queen, who is at nearby Balmoral, was among those who sent their condolences to those affected by the derailment.

In a post on the Royal Family’s Twitter feed, she said she learned of the incident with “great sadness”.

She added: “The Duke of Edinburgh, and the entire Royal Family, join me in sending our thoughts and prayers to the families of those who have died and those who have been injured.

“Our thanks go out to the emergency services for their response and dedication.”

“British Transport Police (BTP) were called to the line in Stonehaven, Aberdeenshire at 09.43am this morning (12 August) following a report that a train travelling from Aberdeen to Glasgow Queen Street had derailed.

Officers remain on scene this afternoon alongside the ambulance service, fire brigade and colleagues from Police Scotland.

Very sadly despite the best efforts of paramedics, we can confirm that three people have been pronounced dead at the scene.

While formal identification is yet to take place, the driver of the train is very sadly believed to have died. His family have been informed and are being supported by specially trained family liaison officers.

Officers are continuing to work to inform the families of the other two people who sadly died.

Six people have been taken to hospital to be treated for injuries, which thankfully are not believed to be serious.

Chief Superintendent Eddie Wylie said: “This is a tragic incident and first and foremost our thoughts are with the families and friends of those who have very sadly died this morning.

“We remain on scene alongside our emergency service colleagues, and a major incident operation has been underway. I would like to reassure the public that this was not a busy service, and from CCTV enquiries and witness statements we believe all passengers have been accounted for. However, once the area has been made safe then a full and thorough search will be conducted, which is likely to take some time.

“I know many people will understandably have questions, and we will be working closely alongside the Rail Accident Investigation Branch and the Office of Rail and Road to establish the full circumstances of how the train came to derail.” 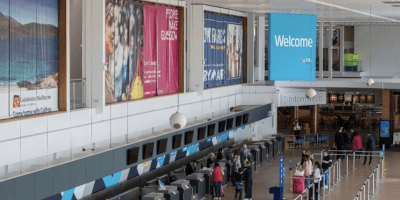