No tolerance of intimidation

First Minister Nicola Sturgeon today said she would take exception to any attempt to “intimidate” people into returning to workplaces.

As the UK government said it would encourage more people back to work in order to avoid creating “ghost towns”, the FM said it was still too soon for everyone to return to normal without a risk of the virus spreading.

She said the Economy Secretary Fiona Hyslop had held talks with business leaders about a phased return to office working.

In the meantime she said no one should feel more at risk of redundancy for working from home.

“I will not countenance in Scotland any kind of narrative that is seeking to almost intimidate people back to work before, as a country, we have taken the decision that it is safe,” she said at her daily briefing.

“People should not be told that if you don’t get back to work in an office right now, if you’re still working from home, you may be at greater risk of being made redundant or sacked.

“I don’t think that is the kind of approach that we want to take here.”

The UK government has announced that a campaign will be launched next week encouraging people in England to go back to their workplaces.

Transport secretary, Grant Shapps, stressed that people should only return to work if it was safe to do so, and said he believed there would be more flexible working in the future.

Research has suggested that many people want to continue working from home and some companies have told their staff that they are happy for them to do so.

Ms Sturgeon said a return to office working in Scotland would be a decision for the Scottish government to take as part of its route map out of lockdown.

She stressed that she wanted things to return to normal as quickly as possible – but said there was also potentially an “opportunity” for people to continue working flexibly to improve their work-life balance.

Ms Sturgeon also confirmed a £59m package of support for the culture and heritage sectors. It is part of the £97m given to the Scottish government through the Barnett formula.

Theatres, galleries, comedy clubs, music venues and nightclubs are among the groups eligible for the new fund, with information on how to apply to be released next week.

The announcement may help placate those who have accuse the Scottish government of favouring “elite” organisations at the expense of nightclubs, pubs and grassroots music venues.

Businesses have also raised concerns that Scottish Enterprise is not providing a full range of services and that even the Business Gateway organisation has found avenues closed.

Ms Sturgeon said: “There is no part of the public sector operating entirely normally as it was before Covid.” 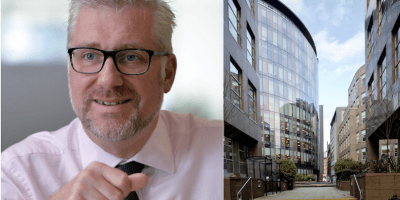