The FTSE 100 index closed higher, although tensions between the US and China kept a lid on gains.

Lebanon’s government is expected to step down later today, a few days after a huge explosion destroyed large parts of Beirut and killed more than 220 people.

Nicola Sturgeon today accepted the government made mistakes in the grading of school tests.

Scottish Labour has tabled a motion of no confidence in Education Secretary John Swinney and is seeking the support of parliamentarians of all parties.

Sturgeon: ‘we did not get this right’

Swinney to make statement to MSPs

The newly-expanded firm will trade under the Steedman name and increase in size by about a quarter.

Scotia director Mark McLeod will join as director of the firm which will be led by managing director Jason Steedman.

A Scotland-based thermal energy technology company has raised Series A financing led by an investor in Latin America who believes it has the opportunity to become a “game-changer in the energy sector”.

Two Aberdeen-based firms have joined forces to launch a mobile screening app for businesses to monitor employees for symptoms of COVID-19.

The FTSE 100 rose 48.45 points (0.8%) to trade at 6,080.63 as signs of economic revival in China are helping traders to put aside concerns about rising tensions between Washington and Beijing.

There is a relief that last Friday’s US employment report was so upbeat, showing that 1.7m new jobs were created in July.

7am: Royal London swings to loss

Britain’s biggest mutual pensions and investment group reported a £181 million loss before tax for the first half (H1 2019: profit of £397m).

Covid-19 will inevitably continue to have an impact on new business prospects.

Transport company FirstGroup has welcomed the extension of funding from the UK and Scottish governments to support bus services during the coronavirus pandemic.

Westminster is providing £218.4m which extends the arrangements previously announced at the end of May for the next eight weeks.

Additional rolling funding of up to £27.3m per week will continue to be made available under the programme thereafter, until it is no longer needed.

FirstGroup said the programme has already allowed the industry to increase bus service capacity while maintaining social distancing. First Bus operations across England have increased operated mileage from c.40% to almost 90% of pre-pandemic levels, with passenger volumes increasing from c.10% to c.40% since the low point.

The group has also welcome £68m of additional support from the Scottish government to 8 November.

FirstGroup is using a new tool for passengers initially launched in Glasgow, which predicts how busy a given bus will be depending on the time of day, for up to seven days in advance.

Retailer Superdry has raised £70 million from its banks to help it through the coronavirus crisis as it revealed that stores sales continue to fall.

The fashion brand said its performance in the three months to July 25 was better than first feared as total sales declines narrowed to 24.1%, but it admitted that trading remained “materially” affected by the pandemic despite 95% of its shops now having reopened.

Online sales surged 93.2% in the quarter, though it said they have started returning to more normal levels.

Profit before tax at the challenger savings ban fell 90% in the first half to £5.9 million (H1 2019: £55.6m) after recognising expected credit loss (ECL) charges in the period on loans and advances to customers of £45.8m and on loan commitments of £1.5m.

Chief executive Ian Cowie said: “While this has clearly had an impact on profitability, our capital strength positions us well to support our customers and grow our business in line with appetite as we enter the second half of the year.”

China’s main markets were hit by Washington’s imposition of sanctions, both on tech companies and the country’s officials.

Korea and Australia were trading higher, while Japan was closed for a public holiday. 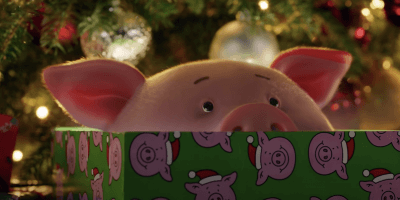