Travelodge’s landlords have voted to approve a company voluntary arrangement (CVA) which will help the business restructure its leases.

It should bring an end to increasingly acrimonious negotiations between the company and its creditors.

The CVA will involve Travelodge temporarily reducing rents and moving from quarterly to monthly payments on certain leases.

In a document announcing the approval, the company said: “The successful vote will enable Travelodge to navigate the short-term challenges facing the business as a result of the Covid-19 pandemic.”

The CVA was voted through after Travelodge made significant concessions. Some landlords will now be able to break lease contracts with the hotel operator when they choose, in effect giving them the upper hand in future negotiations.

Travelodge shareholders have also agreed not to take any money out of the company before it returns to paying full rents in 2021.

Nick Leslau, head of Travelodge’s largest single landlord, Secure Income Reit, said the negotiations had been “torturous” but he was satisfied with the outcome.

Martin Moore, chairman of the REIT, which owns 123 of the 564 Travelodge hotels said: “The break clause optionality provided to us by the CVA agreement, in conjunction with Secure Income REIT’s strong balance sheet and considerable liquidity, creates a solid position from which we can actively explore options for our hotels portfolio, whilst at the same time providing Travelodge with the breathing space it requires to re-establish its business.”

Viv Watts, who represents a group of Travelodge landlords, approved the proposals, but said: “As landlords, big and small, we remain concerned by the precedent this CVA sets for the wider real estate industry.

“It is clear that CVAs are being used by overseas shareholders to extract and repatriate domestic capital from the commercial property sector.

“The inability of property owners to exercise their rights in the current climate is being actively exploited at the expense of UK savers and investors. We urge the Government to examine the implications of this as a matter of urgency, including the effects on investment and consumer sentiment as well as job security.

“If this conduct is allowed to continue unchallenged, the pension and insurance sectors in the UK will be irrevocably damaged”. 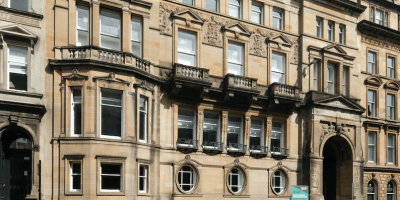